The Union Home Minister said that to make the criminal justice system of the country more powerful and result-oriented, it is very important to make this University the best in the country. He said that the era of use of third degree is over and now the toughest of criminals can be brought to justice on the basis of scientific investigation. Our New Education Policy also lays great emphasis on varied and scientific education. The Prime Minister also stresses that our Education Policy and system should be such that the students get the best knowledge in every field and its biggest gainer will be the National Forensic Science University. Shri Amit Shah said that 7 States of the country have expressed their desire to open Colleges and Centers of Excellence affiliated to the National Forensic Science University, Gujarat. Shri Shah said that he is confident that this University will set up its branches across the country and offer an opportunity to the youth to come forward in forensic science. The Cyber ​​Defence Center and Ballistic Research Center set up in this Center are unique in the whole of Asia and the nation is on course to be self-reliant in this field. The Union Home Minister said that the fight against cyber war and cyber crime is very important for us as India is an emerging economy. Cyber ​​security is also very important for India’s security and to meet the Prime Minister’s goal of a five trillion Dollar economy. Several new dimensions have been established in the Ballistic Research Center for the testing of bullet proof materials. The materials which were earlier tested in the United States and Europe are now being tested here, it will be of maximum benefit to the Police, Central Armed Police Forces and Army personnel across the country to protect themselves. Shri Amit Shah said that an indigenous kit will also be made in this university to conduct a lot of tests which will be made available to police forces across the country. Wherever narcotics are seized, investigation will be pursued by checking with this kit. The Union Home Minister said that in the last one-and-a-half years, maximum narcotics have been seized, which is a record till now. 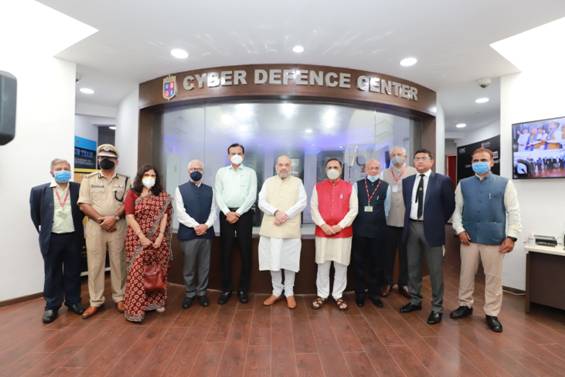 The Union Home Minister said that there are many challenges before India in the 21st century and to successfully deal with them, we have to strengthen the Criminal Justice system. Forensic science is an important part of this. In view of the changing faceof crime due to 130 crore population and market, borders with difficult geographical location and neighboring countries, it is very necessary to strengthen forensic science and the criminal justice system. He said that the government is holding a dialogue with police officers, judges, lawyers and law universities across the country to bring about radical changes in the  CrPC, IPC and Evidence Act. We want to modernize them according to today’s requirements. We want to add new streams to meet today’s challenges by removing the things that have become obsolete. I, along with many, suggest that forensic science laboratory visits should be made mandatory for all offenses punishable by more than 6 years. For this it is very important to have mobile forensic labs and an extension in every district. In this, the help of the youth will be needed, for which the National Forensic Science University will have to open its colleges in every state. That is why it is very important to have mobile forensic labs and an extension in every district. We are going to work in this direction very quickly. Shri Amit Shah said that there is a sentence in the Upanishads that the value of Swaraj is justice and I believe that justice will be inculcated by it. 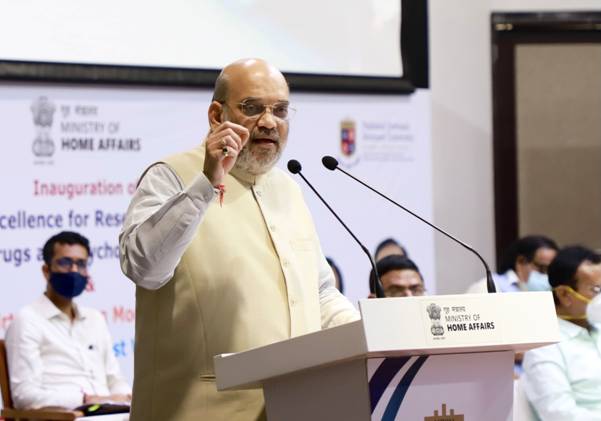 Shri Amit Shah said that our police are accused of no action and extreme action and the police are caught between these two. We need just action, natural action and this can happen only when scientists proceed with the investigation based on evidence. It is very important to move forward in this direction. The Union Home Minister said that the whole country is worried about the ill effects of drugs on our society, security and economy. The Government of India under the leadership of Shri Narendra Modi has decided that we will not allow narcotics substances to enter India. For this, in the last two years under the leadership of the Prime Minister, we have taken many steps. Narco Terror is another threat to India, the money it generates is used for terrorism. It is also very important to stop this. Shri Shah said that the Excellence Center which has been set up here is a complete unit in itself. A system equivalent to the world’s best laboratory has been created in this forensic university in Gujarat.

The Union Home Minister said that he is very happy that the dream conceived by Prime Minister Shri Narendra Modi is being inaugurated today. Shri Amit Shah said that he is confident that this Forensic University will further cement its outstanding identity across the world in the next 4-5 years. The Government of India under the leadership of Prime Minister Modi is committed to take this further. The Union Home Minister extended best wishes to all the officers, scientists and employees on the inauguration of this center on the auspicious occasion of JagannathRathYatra.