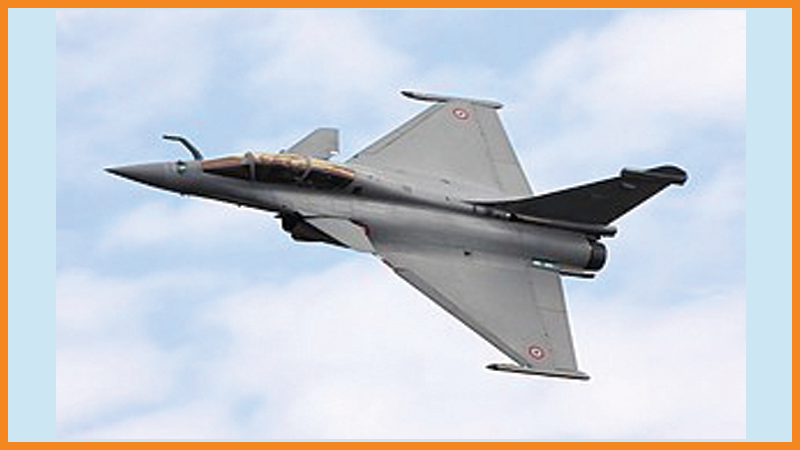 Considering the security environment around India, the highest standards of defence preparedness are required. After the Kargil experience, the Armed Forces and the Raksha Mantralaya were of the opinion that combat ability of the Indian Air Force to strike at targets needs to be radically improved. This need was first recorded by the Raksha Mantralaya in the year 2001.
Considerations of the national security demanded that the IAF has the best available aircraft with the appropriate weaponry loaded on it. In principle approval for acceptance of necessity of procurement of 126 replacement aircrafts was recorded by the Raksha Mantri way back on 1st June, 2001. After the UPA Government came into power, the Defence Acquisition Council (DAC) approved the Acceptance of Necessity (AoN) for procurement of 126 medium multi-role combat aircrafts. An aircraft without weaponry is of little use in a war. It is only a flying instrument. It adds to the combat strength of the forces only when it is loaded with the requisite weaponry, which enables it to strike targets. The UPA Government issued a request for proposal on 28th August, 2007 and found two vendors, viz., M/s Dassault Aviation and M/s EADS to be compliant to the RFP requirements. It took the UPA five more years to commence the negotiations and in January, 2012 the Contract Negotiation Committee (CNC) determined Dassault Aviation to be L1.

For reasons best known to the UPA Government, on 27th June, 2012, the deal was directed to be re-examined, which effectively meant that the entire eleven-year exercise was abandoned and the process was to be undertaken afresh. India’s squadron strength was depleting because of age. This slow and casual approach of the UPA Government seriously compromised national security requirements.

On 10th April, 2015, the Government of India and the French Government issued a joint statement where India decided to procure 36 Rafale aircrafts from the French Government on terms better than the ones conveyed by Dassault in the L1 bid of 2007. The same was approved by the DAC on 13th May, 2015 and finally the agreement, after a detailed procedure, was signed on 23rd September, 2016.

A false campaign based on untruth has been launched by the Congress Party casting a cloud on the Inter-Governmental agreement. The principal arguments of this campaign are the following:

(i) The NDA Government paid higher price than what the UPA would have paid if the deal would have completed on the basis of the 2007 offer of Dassault.

(ii) Proper procedures such as negotiations by the Contract Negotiation Committee and approval of the Cabinet Committee on Security (CCS) were not obtained.

(iii) A private industrialist in India was favoured and the interest of public sector undertaking was compromised.
Each one of the above issues raised is based on complete falsehood. It is expected from national political parties and its responsible leaders to keep themselves informed of the basic facts before they enter a public discourse on defence transactions. The Congress Party and its leader, Shri Rahul Gandhi, are guilty on three counts:

(i) The UPA delayed the deal by over a decade and seriously compromised national security.

(ii) Every fact that Shri Rahul Gandhi and the Congress Party has spoken on pricing and procedure are completely false.

(iii) Its effort of raising these issues is to further delay a defence procurement so that India’s defence preparedness further suffers.

I have, therefore, decided to ask the following questions to the Congress Party and its President. Needless to say that if replies are received in the public space or even if there is an issue diversion and no reply is received, I would be constrained to come out with further specific facts which establish truth as a victim of Shri Rahul Gandhi and his party merely peddling his falsehoods. Needless to say that I am constrained by the secrecy clause, which exists in the Contract and whatever I ask or respond to would be constrained by that limitation. My question to Shri Rahul Gandhi and his Party are as follows:

(1) The UPA was a Government which suffered from a decision- making paralysis. Do you agree that the delay of over one decade was only on account of the incompetence and indecisiveness of the UPA Government?

(2) Did this delay seriously compromise national security? Is not the medium multi-role combat aircraft required by our forces to identify and strike at targets particularly when two of our neighbours have already enhanced their strength in this area?

(3) Was this delay and eventual abatement of the purchase by the UPA based on collateral considerations as had been witnessed in earlier transactions such as the purchase of the 155 mm Bofors gun?

(4) How is it that Shri Rahul Gandhi quoted a price of Rs.700 crores per aircraft in Delhi and Karnataka in April and May this year? In Parliament, he reduced it to Rs.520 crore per aircraft, in Raipur he increased it to Rs.540 crores; in Jaipur he used the two figures – Rs.520 crores and Rs.540 crores in the same speech. In Hyderabad, he invented a new price of Rs.526 crores. Truth has only one version, falsehood has many. Are these allegations being made without any familiarity with the facts of the Rafale purchase?

(5) Is Mr. Gandhi or the Congress Party aware of price comparison? Is Mr. Gandhi aware of the aircraft price, which was quoted in 2007 in the L1 bid? Is he aware that there was an escalation clause, which by 2015 when the NDA struck the price deal, would have further escalated the price? Would not the escalation clause have continued to escalate the price till each of the aircraft was supplied? Have the significant exchange rate variations between Rupee and Euro during the same period been considered?

(7) Can Shri Rahul Gandhi deny that when the add-ons such as India-specific adaptations, weaponry, etc. are installed on the basic aircraft, the UPA price, which was mentioned in the 2007 L1 offer, would be at least 20% costlier than the more favourable price negotiated by the NDA?

(8) Can Shri Rahul Gandhi and the Congress Party deny if the total contract cost, that is, basic aircraft plus add-ons, including weaponry, etc., Indian adaptations plus future supplies and maintenance are all added, the NDA terms become far more favourable than the 2007 L1 offer?

(9) Can Shri Rahul Gandhi and the Congress deny that the Government of India has no contract whatsoever with any private industry in relation with the Rafale aircraft supplies? In fact, 36 of the Rafale aircraft with their Indian adaptations are going to be sent to India and there is no manufacturing of these 36 aircrafts in India.

(10) Any Original Equipment Manufacturer (OEM) under the offset policy of the UPA can select any number of Indian partners, both from the private sector and the public sector, for offset supplies? This has nothing to do with the Government of India and, therefore, any private industry having benefitted from the Government of India is a complete lie. Can Shri Gandhi and his Party deny this?

(11) Are Shri Gandhi and his Party aware of the fact that there are two ways of acquiring a defence equipment, i.e., either by competitive bidding or by an Inter-Governmental Agreement ?

(12) Can Mr. Gandhi and his Party deny that the UPA Government in 2007 itself had shortlisted the Rafale as technically- acceptable and L1 in price competition ?

(13) Can Shri Gandhi and his Party deny that considering the urgency of the defence requirement, the Government of India and the French Government agreed to execute the supply of 36 Rafale aircrafts at terms better than the 2007 offer of the UPA?

(15) Can it be denied that before the deal was executed, the Cabinet Committee on Security approved the transaction?

I am asking the above questions and I hope Shri Rahul Gandhi and the Congress Party would respond immediately.