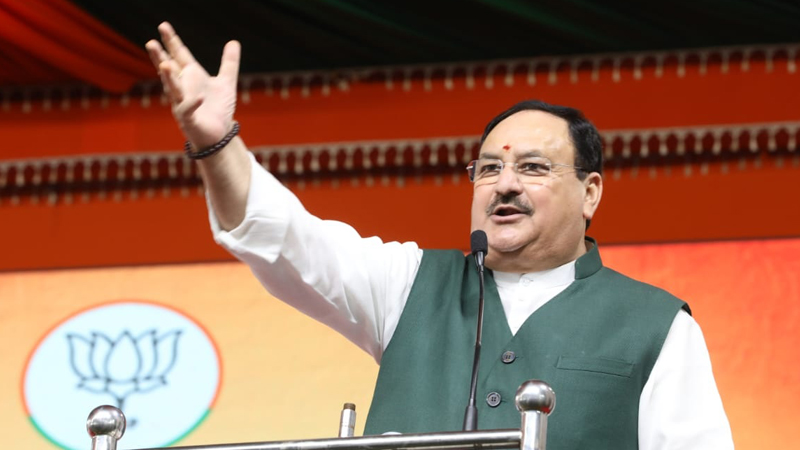 In a few days from now, our republic will have a new President. It’s clear India has appreciated the candidature of Draupadi Murmu for this respected office. Her candidature has struck a chord with different sections of society. In a year when India is marking ‘Azadi Ka Amrit Mahotsav’, it has made every Indian proud that the highest office of this land will be occupied by a self-made woman who belongs to a tribal community. The women of India find it empowering that a woman will be our next President. Murmu will be the first President of our nation to be born after Independence, which also gives an important message.

Murmu’s candidature is special for a number of other reasons as well. Let me begin with her accomplishments. In a political set-up where dynastic politics and personal wealth have dominated for decades, Murmu is a breath of fresh air. She started out as a teacher in Rairangpur, Odisha, and later joined the state irrigation department as junior assistant. Even though she performed her professional duties with diligence, it was clear that public service was her real calling.

Starting from the grassroots, in 1997 she contested the civic elections and became a councillor in Rairangpur Nagar Panchayat. Three years later, she contested the assembly election from Rairangpur and won. She served two terms as MLA from the constituency. She was also awarded the Neelkanth Award for Best Legislator by the Odisha legislative assembly in 2007 from amongst 147 legislators, and this shows that her track record as MLA was exceptional. She handled critical departments like commerce, transport, fisheries and animal resources development as minister. Her tenure was development-oriented and corruption free.

In 2015, she broke a glass ceiling when she was sworn in as the first woman governor of Jharkhand and the first tribal and woman leader from Odisha to be appointed as governor of any state. Her term of six years was the longest in the history of Jharkhand. She made the Raj Bhavan a vibrant centre of public aspirations and worked closely with the government of the day to further the state’s growth.

Her success in public life was periodically overshadowed by personal tragedies. She lost her husband and children. But these setbacks only inspired her to work even harder and alleviate suffering in the lives of others. Those who have interacted with her share that resilience and kindness are among her biggest strengths. At a larger level, her candidacy encapsulates the spirit of New India. Democratic nations are not built by governments and institutions alone, they are built by ‘We, The People’. In the last eight years, this has been the most defining feature of the Modi-led BJP government. Every effort has been made to empower people at the grassroots and break the monopolies of a few elites. We see this spirit in every sphere of governance – we see it in every government scheme, what our PM calls ‘saturation approach’.

The guiding principle is clear – when we seek cent per cent coverage, there is no question of favouritism or vote bank politics. With the advent of the pandemic, 80 crore people received free foodgrains for months. At the same time, India showed the world what a science-driven vaccination drive looks like. Our vaccination numbers of 200 crore doses have made the global fight against Covid stronger.

Padma Awards, which were at one time the domain of the rich and pedigreed, have become People’s Awards, honouring those who may not be seen on TV but have done outstanding work on the ground.

We in BJP are proud to say that most of our top leadership – ministers, CMs, MPs and MLAs – hail from humble backgrounds and have risen in politics on the basis of sheer hard work. In fact, PM Modi’s Cabinet has itself given historic representation to 27 OBCs, 12 SCs and eight STs, who together constitute more than 60% of the Cabinet. The grand success of BJP in 2019 came with the highest women representation in Lok Sabha. If BJP made the SC/ST Act stronger, it also fulfilled the dream of the OBC Commission and ensured EWS reservation.

Today, a person coming from a humble background, overcoming all the challenges posed by socio-economic circumstances, can rise up and become India’s PM – this is what the success of PM Modi has demonstrated.

The Modi government is doing justice to the vision of Baba Saheb Ambedkar, Mahatma Gandhi and Deen Dayal Upadhyay. Whether it is the constitutional status given to the National Commission of Backward Classes or the loans of over Rs 5,300 crore to SC and ST beneficiaries under Stand Up India, or the fact that almost 60% beneficiaries under PM Kisan, PM Fasal Bima Yojana, PM Awas Yojana and Scholarship Yojana are from SC/ST/OBC – BJP sees political power as instrument not for personal gain but for societal transformation and upliftment.

Decisions such as the Declaration of Janjatiya Gaurav Diwas, tribal freedom-fighter museums across India, empowerment of denotified, nomadic and semi-nomadic tribes, increase in number of forest products coming under MSP, instil a spirit of self-confidence among the poor, downtrodden and marginalised.

This new method of public service is here to stay. Its impact and influence will only increase over time. The near certain election of Murmu will amplify it further. Her election as the first Odia, woman-tribal President will break many barriers that ought to have been smashed decades ago. NDA’s previous two nominees for President – APJ Abdul Kalam and Ramnath Kovind – provided this country with inspirational and mature leadership. Murmu’s candidacy is one of hope, of giving voice to the voiceless and one that will rewrite history.

As the president of BJP, it is my earnest appeal to every political leader and party, to every member of the electoral college and to every Indian, that they cast away all political differences and answer the call of their conscience and support Murmu’s candidacy. This is the most glorious moment in our quest for social justice and societal transformation, and we must not miss it at any cost. Because this is an election for a ‘People’s President’.

(The writer is BJP National President)
Published on 17 July, 2022