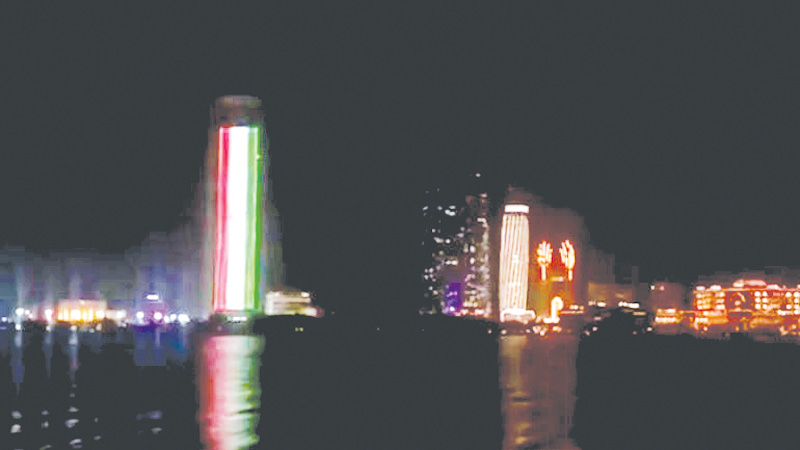 The iconic Adnoc Group tower in Abu Dhabi was lit up in celebration on 30 May, 2019 evening after Prime Minister Shri Narendra Modi was sworn-in for a second term in office.

The skyscrapper depicted the strong bilateral ties between India and the United Arab Emirates (UAE) by showing flags of the two countries and portraits of its leaders- Crown Prince Mohammed bin Zayed with PM Shri Narendra Modi.
Last week, Mohammed bin Zayed, the Crown Prince of Abu Dhabi and Deputy Supreme Commander of the UAE’s Armed Forces congratulated PM Modi. “I was pleased to talk to my dear friend Narendra Modi, India’s PM, over the phone to congratulate him on his party’s election win,” said Mohammed.