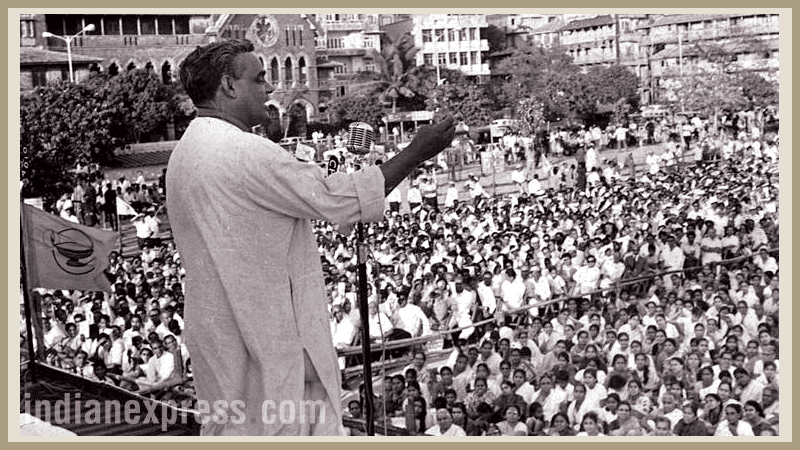 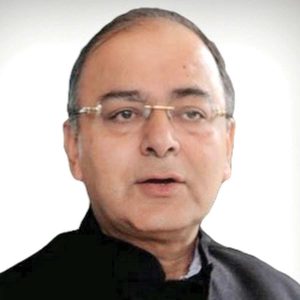 Atalji’s demise is referred to by many as end of an era. I, however, consider it as a continuation of the era of which he was one who laid the foundation.

The political and ideological journey

His political journey shaped his ideology. His convictions were shaped by his deep commitment to the nation from the student days association with the Quit India Movement to his joining the Rashtriya Swayamsevak Sangh and then being associated with Dr. Syama Prasad Mookerjee as one of the founders of the Bharatiya Jan Sangh. During his early days in the Jan Sangh, he was associated with the ‘Kashmir Satyagraha’ which wanted to lift several restrictions on Indian citizens in relation to the State. He was, alongwith Dr. Mookerjee, a strong opponent of the Liaquat-Nehru Pact. Once in Parliament from 1957 his speeches as a young parliamentarian on the Tibet crisis and the 1962 war debacle left their impact on all. At a young age, he became a principal face of the Jan Sangh. He travelled across the country and was being hailed as a charismatic orator. He once told us that till the mid-1980s most of his travel was either by trains or by roads. At times even by busses. During his tours he mostly stayed at the homes of political workers. This was when a young party was being built up.

Disillusionment with the Congress had started after the 1962 China war debacle. It was at this stage that Dr. Lohia pioneered the idea of ‘Congress Hatao Desh Bachao’ and seat coordination in critical bye-elections between Dr. Lohia, Pt. Deen Dayal Upadhyaya and Acharya Kripalani had begun. Deen Dayalji, alongwith his political team, mostly young leaders in their 30s, was busy creating an organisational structure of the party. It bore results in 1967 when the Jan Sangh emerged with a large contingent of MPs in Parliament, got the absolute majority in National Capital Territory of Delhi and made a sizeable presence in Uttar Pradesh, Bihar, Madhya Pradesh, Rajasthan and Punjab.

After Deen Dayalji’s sudden demise, the mantle of Jan Sangh leadership fell on Atalji. Not compromising with Party’s core beliefs, he started coordinating with other political parties and became a nationally respected and acceptable face of the Jan Sangh. He had an ability to rise above partisan interests which he displayed by strongly standing behind the Government during the 1971 war. In 1974, the movement led by Shri Jayaprakash Narayan witnessed the Jan Sangh under Atalji plunge into it and give it a core strength. The battle against the Emergency and for restoration of democracy was fought by Jan Sangh under his leadership. After a brief experience in the Janata Government, the Jan Sangh was back to square one. The merger of the Jan Sangh and other political parties in the Janata Party had failed. It was a short lived experiment. Thus in 1980 he revived the BJP. The inaugural session of the BJP witnessed an aspirational cadre with a self-belief chanting ‘Pradhan Mantri Ki Agli Bari – Atal Bihari, Atal Bihari’.

When the BJP was formed, it suffered initial isolation. Its parliamentary presence was minimal. It faced its lowest ebb in 1984. Notwithstanding this adversity, the duo of Atalji and Shri L.K. Advaniji held on to their political space and remained determined to expand the BJP. From 89 Lok Sabha seats in 1989 to 121 seats in 1991, to 166 seats in 1996 and finally 183 seats in 1998. The isolated BJP had now become the center-stage party of Indian politics. Atalji led the party to great victories in 1998 and 1999 and had a successful tenure as a Prime Minister. India has now witnessed the demolition of a single party domination in the electoral space. The BJP had expanded its geographical and social base.

The essential aspect of his political journey, true to his name ‘Atal’ was determination. In the world’s largest democracy only the Congress Party dominated in the first few decades. Atalji created an alternative, which in the last two decades became larger and bigger than the Congress. Alongwith Advaniji, he created a second line leaders both in the Center and the States. He was always open to ideas; always gave priority to national interest; was always at ease in dealing with both friends and opponents and never allowed himself to get into any petty controversy.

He had no personal enemies since he spoke mostly on issues rather than individuals. He was a wordsmith. He could use the facility of language to get out of any challenging situation. What he will be remembered for most will be is oration both in Parliament and outside. In Parliament, he was heard in pin drop silence. In his public meetings audiences waited for hours before he could arrive. His oration was always blended with humour. His ability for an instant response was unmatched. His choice of words, his turn of phrases, the poetry that he injected in his expression, gave him the ability to even explain the most complicated issue in a simple language.

Besides the BJP, his coalition at different points of time had the Akali Dal, Shiv Sena, National Conference, Janata Dal (U), Trinamool Congress, BJD, TDP, DMK, AIADMK, besides individuals like Shri K.C. Pant and Shri Ramakrishna Hegde.
The Nuclear Test in 1998 was a defining moment of his Government. He went out of the way to work for peace with Pakistan. But when the need arose, he inflicted a severe blow to it in Kargil. Both Pokhran and Kargil were his high points. On the economic front, he was a liberaliser. National Highway, rural roads, better infrastructure, a new telecom policy which was pragmatic, a new electricity law are evidence of this. In any intra-Governmental debate, his nod inevitably was for the liberal economic view. He corrected the foreign policy imbalance in the changed global environment.

As a Prime Minister, he was never harsh on either the bureaucrats or his Ministers. In a polite but firm language he could convey more to his subordinates than what he desired. The Cabinet Meetings that he presided lasted for hours. He allowed a discussion on almost every subject and eventually reconciled the conflicting viewpoints depending on their merits. He loved food. Ministers in his Government still occasionally speak about the quality of snacks which was served in his Cabinet Meetings. He even loved to experiment foods when he travelled internationally. In India, he had his own favourite places in various cities and occasionally when he got out of the trains in the morning, he would have breakfast on one of them before reaching home.

The poet in him also created a dreamer. He dreamt of his own vision. Many of those were born out of his idealism. In fact, several lines of different poems that he wrote reflected his own mood.

During the Emergency, he had a serious problem with his back. He was brought to the All India Institute of Medical Sciences while in detention for treatment. His orthopaedic doctor asked him he should have always sat straight, how can the pain occur? “Kya Aap Jhuk Gaye The?”, to which the man in pain not losing his sense of humour replied in the context of the Emergency:

This made him pen down on his hospital bed his famous lines against the Emergency:

This poem became one of the most distributed pamphlets during the Emergency.

Atalji was a democrat. His political style was liberal. He accepted criticism. He was a product of parliamentary democracy and, therefore, valued consensus. He bore no malice. He communicated even with those who disagreed. Whether in opposition or the Government, his attitude never changed. He was an iconic communicator unparalleled in recent history. All this added to his charisma.

His greatest asset was his credibility where he was never in any controversy. Yet in an era dominated by the Nehruvian Congress, he created a political party which was an ideological alternative to the Congress which disagreed on various issues with the Congress, which took the Congress head on, struggled for almost five decades and in the last two decades not only became an alternative to Congress but overtook it. Atalji ran a marathon. He was a patient runner. But for him, Advaniji and their other colleagues, Indian democracy would have looked different – dominated by one party, one family with a lot of scattered smaller parties. That did not happen. Atalji and his colleagues made the difference. Atalji has left the world. But the era of which he laid the foundation will prosper even more. That is the Vajpayee legacy.