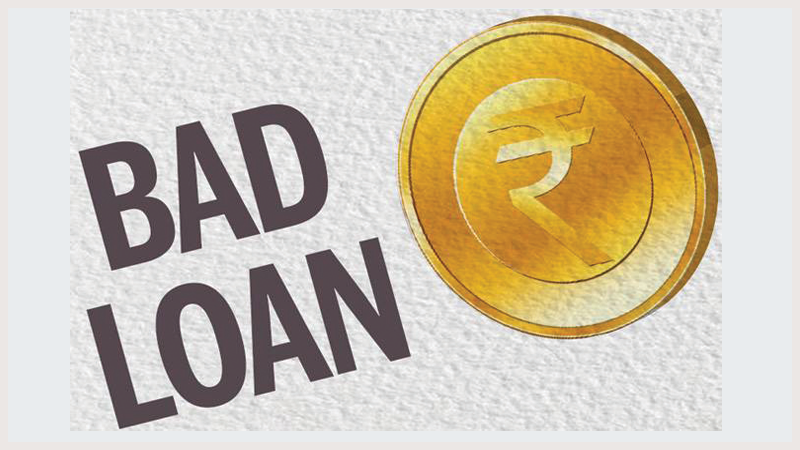 After a few ill-informed, confusing and convoluted articles in the media, there have been many tweets and social media posts of late equating the write-offs of banks as loan waivers. This was further complicated by irresponsible statements by some politicians who projected the accounting exercise of write-offs as loan waivers and doling out of favours to corporates by the government.

It is, therefore, pertinent to put things in the right perspective and clear doubts in a simplified manner on what is a complex banking and accounting issue.

In the last 10 years, the banking sector has seen two distinct regimes of regulatory and legal framework. The first can be termed as a ‘lending regime without accountability’ that started in the last days of UPA-1 and was almost coterminus with UPA-2 (2008-14).

Skeletons in the Locker

Aggressive but careful lending could have seen a spurt of economic growth. But the lack of proper evaluation and a credit appraisal system saw a phenomenal rise in the loan outstanding and, subsequently, in non-performing assets (NPAs). The problem of NPAs was further worsened by the utter neglect of the Asset Quality Review (AQR) and frequent restructuring of the loans.

This practice of frequent restructuring led to a euphoric sense of growth in the banking sector. But, in reality, it was the growth of NPAs tucked under the carpet. This entire situation led to a moth-eaten (read: wilful defaulters) and loan-bloated (baldly appraised advance) banking sector by 2014. This, in turn, led to unviable and reckless loan advances. It also eroded the capacity of debtors to service their loans.

There was a paradigm shift in 2014, when the NDA government started tightening the noose on growing NPAs. GoI started the process of recognising stressed assets and identifying NPAs by instituting an AQR initiated by RBI in 2015. This exercise unearthed NPAs through the lax and flexible loan reclassification and repeated loan restructurings.

The entire exercise of reclassification and transparent AQR can by understood from the fact that NPAs of PSBs increased from Rs 2.26 lakh crore in March 2014 to Rs 8.96 lakh in March 2018. The tightening noose, on one hand, and lack of any effective insolvency and bankruptcy mechanism, on the other, saw a series of wilful defaulters, who were, till then, able to restructure their loan in a flexible manner and hide it under the carpet without it being classified as stressed assets or NPAs.

The second most significant step taken by GoI was the promulgation of the Insolvency and Bankruptcy Code (IBC) in May 2016 for insolvency resolution of corporate persons, partnership firms and individuals in a time-bound manner and with the maximisation of the value of assets. This was followed by the institutionalisation of the entire regulatory framework.

It quickly created an entire ecosystem of liquidation and dispute resolution, comprising the adjudicating authority, the Insolvency and Bankruptcy Board of India (IBBI), around 2,000 IPs, 81 IPEs, 31PAs, one IU and five registered valuers. Between June 2016 and July 2018, around 1,100 corporates having large NPAs admitted into CIRP, and 250 admitted for voluntary liquidation.

IBC, and its strict compliance, led to behavioural change among debtors over this short duration. It has been the endeavour of debtors to repay dues on time or earlier. The data indicate that the banking sector, too, is making good recovery through resolution outside IBC. In respect of applications filed by financial creditors before the National Company Law Tribunal (NCLT) under IBC, applications were withdrawn before admission of 12 loan accounts in which PSBs have recovered an amount of Rs 449.76 crore till September 2018.

During this entire exercise, GoI focused on both debtors and creditors. On the one hand, the emphasis was on compliance and recovery, and debt resolution. On the other hand, there was a behavioural change of creditors as well. As a consequence of this legal and regulatory framework, promoters and debtors didn’t want to be identified as defaulters.

To avoid resolution proceedings, many such debtors have withdrawn applications for initiating CIRP proceedings, and paid the default amount. As per RBI guidelines and policy approved by bank boards, non-performing loans — including those in respect of which full provisioning has been made on the completion of four years — are removed from the balance sheet of the bank by way of write-offs.

Writing-off of NPAs is a regular exercise conducted by banks to clean up their balance sheet and achieve tax efficiency. Writing off loans is an accounting exercise for tax benefits and capital optimisation. Borrowers of such written-off loans continue to be liable for repayment, and recovery of dues takes place as usual under the applicable law, such as the Securitisation and Reconstruction of Financial Assets and Enforcement of Security Interest (Sarfaesi) Act and Debt Recovery Tribunals (DRTs).
By reclassifying and revaluing loans and, subsequently by promulgating IBC, GoI has shown its resolve to deal firmly with the wilful defaulters and rogue debtors. It will strive to infuse more transparency and accountability among the bankers.