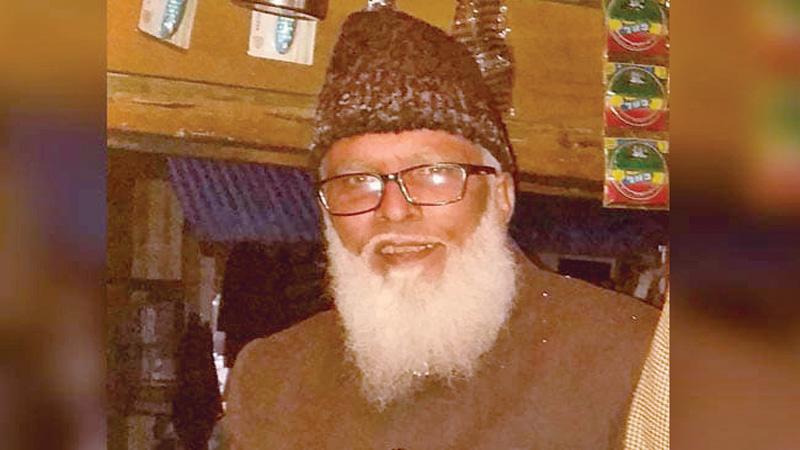 Bharatiya Janata Party leader Gul Muhammad Mir(60) was killed on May 4 by terrorists in Jammu and Kashmir’s Nowgam in Anantnag district of south Kashmir. He was BJP district vice president.

Condemning the killing ,Prime Minister Shri Narendra Modi tweeted “ Strongly condemn the killing of @BJP4JnK leader Shri Ghulam Mohammed Mir. His contribution towards strengthening the party in J&K will always be remembered. There is no place for such violence in our country. Condolences to his family and well-wishers.”

BJP National President Shri Amit Shah expressing condolence tweeted “I am saddened by the killing of Shri Ghulam Mohammed Mir, @BJP4JnK leader from Anantnag. His contribution in strengthening the BJP in the valley was immense. Extremist forces in the valley can’t demoralise BJP karyakartas with violence. My condolences with the bereaved family.”

Union Home Minister Shri Rajnath Singh said, “Deeply anguished by the killing of BJP leader in Jammu & Kashmir, Ghulam Mohammed Mir ji. His killing is extremely reprehensible. My heart goes out to his bereaved family and well wishers.”
He has been shot dead by terrorists at Nowgam, Verinag in South Kashmir. BJP state spokesman Altaf Thakur said that Gul Muhammad Mir was fired upon by suspected militants at his home this evening. Termed the killing as barbaric, Altaf Thakur said, “He received four bullets and was brought dead to the hospital.”