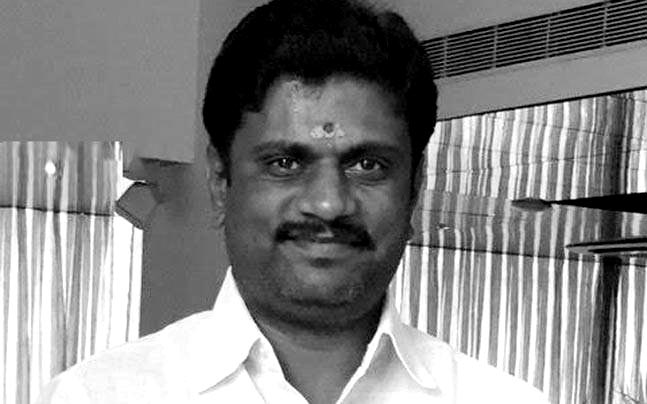 BP Karyakarta, Dalit leader and Bommasandra Municipality councilor, BengaluruShri Srinivas Prasad, popularly known as Kithaganahalli Vasu was hacked to death on 23 March, 2017 morning by unidentified assailants.
He was on his way for morning walk when miscreants attacked him at around 5 am. He was stabbed with sharp weapons, Bengaluru rural superintendent of police said.

BJP MLA from Malleswaram constituency CN Ashwathnarayan said this murder is condemnable. It is a complete failure of the law and order in the state. He said we have repeatedly been seeing an increase in murders, dacoities, sexual assaults on women and the government is completely failed to stop all this.