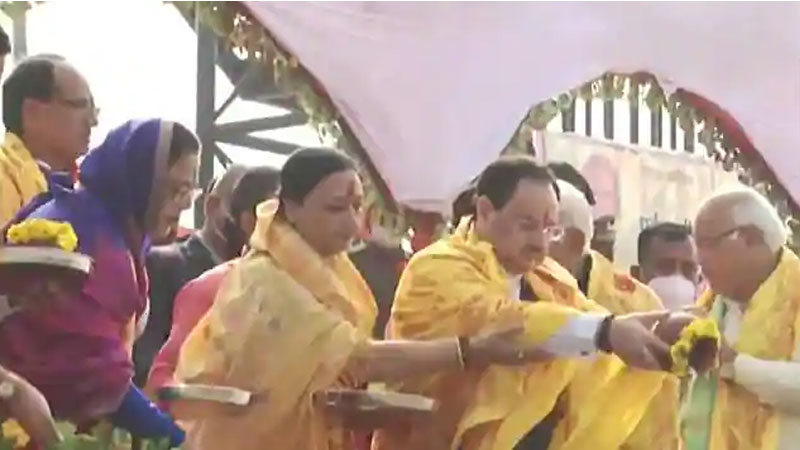 While a special puja was performed at the Ram Lalla shrine by chief priest Satyendra Das, the Sarya aarti was conducted by a prominent Ayodhya seer, Mahant Shashikant Das.

Talking to reporters while receiving a model of the grand Ram temple, Shri JP Nadda said, “All Chief Ministers expressed their desire to have ‘darshan’ of Ram Lalla during the Kashi dham corridor inauguration. We also wanted to review the construction of the temple. CMs keep meeting from time to time, since they had come to Kashi; they wanted to offer prayers at Ram Lalla too.”

MP Chief Minister Shri Shivraj Singh Chauhan said, “I am fortunate to visit Rama Janmabhoomi after temple construction began” his Assam counterpart Shri Hemant Biswa Sarma said, “Hinduism is not an agenda, it is a way of life. Luck will prevail after darshan of Lord Ram.”