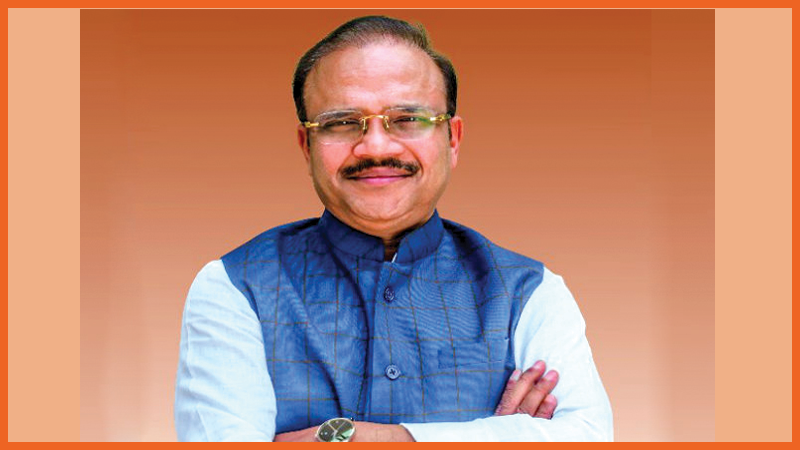 BJP National General Secretary and In-charge of Chhattisgarh and Haryana Dr. Anil Jain firmly believes that BJP will register a thrashing victory in Chhattisgarh this time with 65 or above seats and form the government in the state for the fourth conjugative time. In an interview to the Associate Editor of Kamal Sandesh, Ram Prasad Tripathy and Member BJP Media Cell Chhattisgarh Hemant Panigrahi, Shri Jain said for its lies Congress has exposed itself thoroughly. Therefore, Congress is not a challenge anywhere in the state for us. Excerpts;

In the upcoming assembly elections in Chhattisgarh, the BJP has been making all round efforts to register a thumping victory consecutive for the fourth time. How the party is strategizing to face the elections?

Look, in the last 15 years the BJP government under the leadership of Dr. Raman Singh has made remarkable works for the all round development of Chhattisgarh. If you compare the development scenario of the state between 2003 and now you can notice a hell and heaven difference came during this period. So far as development is concerned, Chhattisgarh is now one of the leading states of the country only for the hard work of BJP government.

Chief Minister Dr. Raman Singh has successfully delivered development at the doorsteps of the last man in the society during his one and half decades rule and after 2014 the NDA government led by PM Shri Narendra Modi ji at the centre has been giving constant support to Chhattisgarh for its swift development. Therefore, we are optimistic that this time BJP will cross 65 out of 90 seats and register a thrashing victory for the fourth time in a row and form government.

Which are the key issues of BJP for the upcoming assembly elections?

Development will be the major election issue of the party for Chhattisgarh. Schemes relating to Rice, Salt & Gram for the poor has created a worldwide identity for the BJP government. The state has an environment of free from fear and free from hunger. Schemes like telecom revolution, Tendu leave bonus, Charan Paduka and farmers’ welfare etc. have given enormous benefits to the people. The party will also take these achievements of the state government to the people.

How you see the challenges posed by the Congress in the state?

Now Congress became a party of lies. It has also thoroughly exposed itself. Starting from naxal problems to the CD episode Congress has only taken the help of lies. For its dirty politics this party has earned disrepute for the state and stooped so low for cheap politics, nobody is willing to trust it anymore. Therefore, Congress is not a challenge anywhere in the state for us.

The state assembly elections will be followed by the Lok Sabha elections in 2019. Do you think the BJP will repeat the feat of 2014 once again in the state?

Under the dynamic leadership of PM Shri Narendra Modi ji the BJP led NDA government at the centre has made significant performances. The nation is marching ahead with all round development and India is getting good name and fame in the comity of nations. Therefore we are confident; that from Chhattisgarh we will get full out of full and at the national level this time BJP will independently cross 300 seats in the upcoming general elections and break the earlier record and work for the prosperity of the nation once again.

Apart from Chhattisgarh, you are also in-charge of Haryana. Recently, the BJP government in Haryana has completed four years in office. How can you rate the achievements of BJP government?

Under the leadership of Shri Manohar Lal Khattar the BJP government in Haryana is doing development for the welfare of all sections of the society. Prior to BJP government, rule of muscle and corruption was there in the state. But when we came to power our priority was development with empathy. The state got accolades for the steps it has taken for the welfare of the women, girls, sportspersons, farmers, the poor and others. For all these improvement Haryana is creating its own identity among the states of the country.

What are the major achievements of BJP which you want to highlight? What will be the performance of party in the next year’s general elections?

Under the leadership of PM Shri Narendra Modi ji, the wind of development is blowing everywhere and in every sector of the country and Haryana is also experiencing this fast pace of development. Central government’s thrust on Strong Economy, Swachh Bharat, Ujjwala Yojana, Mudra Bank, Ayushman Bharat, Minimum Support Price, House for all and Electricity for all etc. and coupled with the development works of Haryana government, which has changed the perception of the state will be the major issues in the upcoming general election. And undoubtedly, both in the Lok Sabha and in the next Assembly Elections BJP in Haryana will register a massive victory.