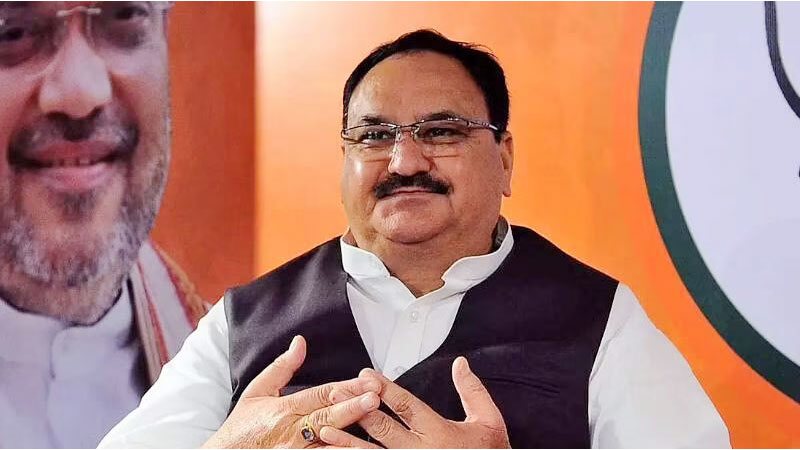 Speaking to the participants Shri JP Nadda said the Bharatiya Janata Party will uproot the ‘Maha Vikas Aghadi’ (MVA) government in Maharashtra through democratic means and till then we will play the role of opposition in Maharashtra with complete sincerity and commitment.

Shri JP Nadda visited the museum of Pandit Deendayal Upadhyayaji in the Rambhau Mhangi Prabodhini complex. After the visit Shri Nadda said thoughts of Pandit Deendayal Upadhyaya are relevant even today. Deendayalji is also a great example of how a leader should be in social life. His idea of ‘Integral Humanism’ was for every human being. Wherever there is service of mankind and welfare of humanity or society, the thoughts of Panditji will remain relevant. He urged everyone to definitely visit this museum at Prabodhini based on the life journey of Panditji.

Speaking at a public event in Mumbai, the BJP President said in October, 2019 the BJP was cheated out in the Assembly polls in Maharashtra. Despite emerging as the single largest party in Maharashtra Assembly elections, the BJP was compelled to sit in the opposition after the Shiv Sena, Congress and Nationalist Congress Party (NCP) formed a coalition to form the government in Maharashtra.

“The mandate in the 2019 Assembly elections was for the BJP, but we got cheated. I assure BJP workers in Maharashtra that soon, all the three ruling parties will sit in the opposition and the BJP will come to power on its own”.

Shri Nadda further said despite all these cheatings the BJP’s flag will shine brightly in the Brihan Mumbai Municipal Corporation civic elections next year.

The BJP President remarked, “The way in which I was greeted at different places in Mumbai, the enthusiasm that I am witnessing in our workers shows that you have decided to make BJP successful in the upcoming BMC polls by teaching everyone else a lesson. It is the need of the hour because all of us know that whether it is Mumbai or Maharashtra or the country, there is only one party that is ready to take forward the country, state and Mumbai- that is BJP.”

He said, “All other parties have been reduced to dynastic parties. There is no ideology. Someone came on the Hindutva plank, someone came on the development plank, someone else came on some other plank but all other parties were limited to ‘I, my son and my daughter’. If there is anyone who talks about the development of the country, state, or Mumbai, it is only BJP,” he added.

He also stressed that BJP is the only party that believes in development at both the state as well as the national level. On this occasion, he predicted that the saffron party will uproot the MVA government through a “democratic process”.