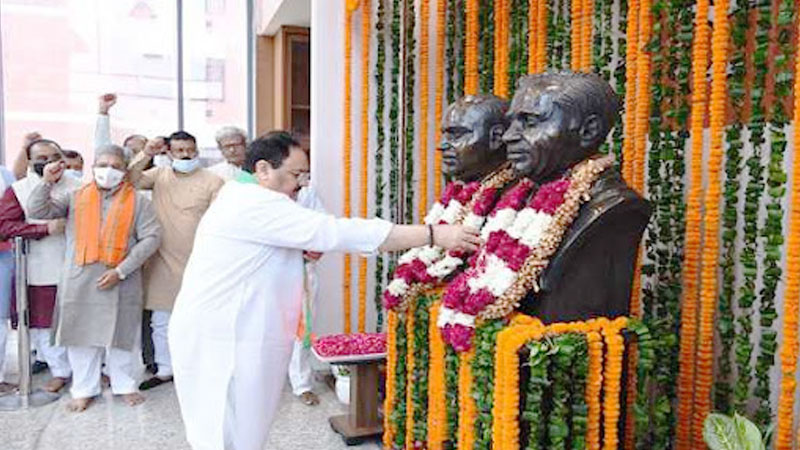 Addressing the Party Karyakartas Shri Nadda said Pandit Deendayal Upadhyaya was the founder and promoter of the policies of the Bharatiya Jana Sangh which he transformed into a strong, nation -wide political force, which today is the world’s largest political party — the Bharatiya Janata Party. The BJP is also a big social organisation which is providing help and doing service to humankind. The BJP has achieved this by following the ideals and principles of Pandit Deendayal Upadhyaya.
Pandit Deendayal Upadhyaya was a multi -faceted personality. He was an excellent student and was very committed and sensitive towards the needs and problems of the society. He studied under very tough circumstances and dedicated himself towards the society and the nation.

Today, our Shri Narendra Modi is leading the BJP government which is guided by our ideology and principle of ‘Sabka Saath, Sabka Vikas, Sabka Vishwas, Sabka Prayas’. All the policies and programmes of the Prime Minister, be it economic or social are based on the ideologies and principles of ‘Ekaatm Manavaad’ and ‘Antyodaya’.