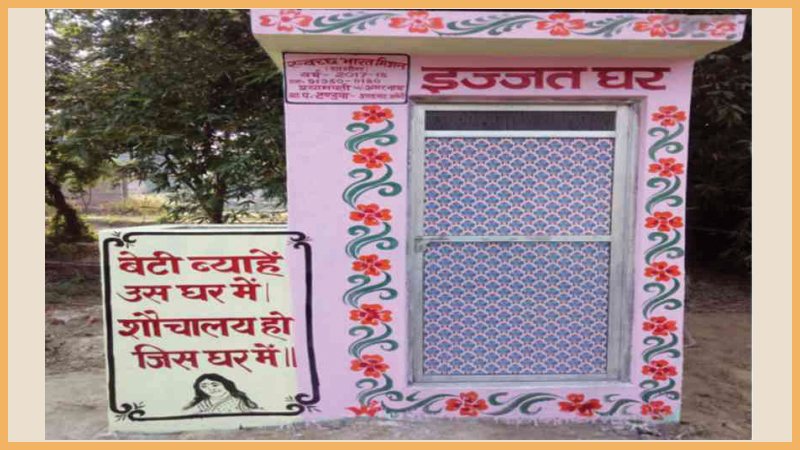 Rural India’s sanitation coverage has gone up from 39% in 2014, at the launch of the Swachh Bharat Mission, to over 93% today.

When John F Kennedy made an announcement in 1961 that the US would put a man on the moon by the end of the decade, no one thought it was possible. It did happen, eight years later. When Narendra Modi announced in 2014 that India would become open defecation free by 2019, changing the behaviour of 60 crore people who then defecated in the open, no one thought it was possible. But today, just four years later, India is on the cusp of being rid of open defecation.

Sometimes a big, hard, audacious and seemingly outlandish goal by a strong leader brings out the best in people and institutions. It puts them out of their comfort zone, makes them think big and aim big. It makes them push their boundaries of imagination by painting a picture of what success would feel like. Everyone starts delivering more than their pay grade, everyone punches above their weight, and the total becomes greater than the sum of the parts.

Pot in a Spot

Almost all of the readers of this piece may have never defecated in the open. It would have not crossed our minds that till 2014, half of our country suffered the indignity of open defecation, 67 years since Independence! What most of us take for granted, a toilet, was not even a part of the consideration set of millions of people in India. Many women did want a toilet, but could not voice their need openly and strongly, and this was often sacrificed to, instead, buy a television set or a motorcycle. This was the elephant in the room that no one really addressed seriously. Till Prime Minister Modi came along and announced a war cry against this indignity from the ramparts of the Red Fort. He still talks about toilets unabashedly at various public gatherings. This acceptance that a toilet is important and needs to be discussed, not just locally, but nationally, was a watershed moment in India’s journey to successfully ending open defecation.

As Finance Minister, I have the unenviable task of allocating resources among various important government programmes and sectors. Unlike previous administrations, for us, the importance of sanitation in the wider development of the country was fairly intuitive. To make this ambitious goal a reality, we had to back it up with adequate resources, and it could not have been an unfunded mandate.

As the fastest-growing major economy in the world, India is committed to improving the quality of life of its citizens, especially in rural areas. And along with access to roads, electricity and housing, access to sanitation is an integral component in this endeavour. Poor sanitation undermines our women’s safety and dignity, and also leads to our children suffering from repeated bouts of diarrhoea that hinders their physical and cognitive development. This would adversely affect the productivity of our nation’s future workforce, and hamper India’s biggest economic competitive advantage — our demographic dividend.

And so, India backed this lofty goal up with a handsome budget, north of $20 billion. Almost 8.5 crore rural households, including all scheduled castes, scheduled tribes, women-headed households, and small and landless farmers have been offered a financial incentive of Rs 12,000 to construct a toilet. With this programme, the Prime Minister successfully brought the “bad words” — toilet and excreta — to the centre of India’s developmental agenda.

In the past four years, over 50 crore people have shunned the practice of open defecation. Rural India’s sanitation coverage has gone up from 39% in 2014, at the launch of the Swachh Bharat Mission, to over 93% today. Sanitation in general, and a toilet in particular, is no longer a prohibited topic of discussion. In fact, from the media to the common man, everyone is now interested in talking about and dissecting this programme. It has even infiltrated into popular culture, and even Bollywood is talking about the importance of toilets!

Toilets have been named “Izzat Ghar” in many parts of the country. And the benefits have already begun to show, vindicating our decision to invest heavily in sanitation. The World Health Organisation has said that India will save over three lakh lives by the time we become open-defecation free in 2019. Unicef had calculated last year that the return on investment for sanitation in India is over 400%. Various international experts have lauded the Prime Minister for this most bold and ambitious programme, which will be a gamechanger in public health and economic productivity of India.

India has now become the global leader of the war against open defecation. Several countries want to learn from India’s experience and implement similar programmes in their countries. Between September 29 and October 2 this year, India will host over 50 sanitation ministers from around the world at the Mahatma Gandhi International Sanitation Convention (MGISC). Apart from sharing India’s learnings through this incredible journey of the Swachh Bharat Mission, this convention will also be an opportunity for India to learn from the experiences of other countries in sustaining sanitation gains for the long term, towards which the mission is strongly committed.

(The writer is Union Minister of Finance, GoI)