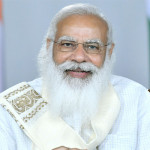 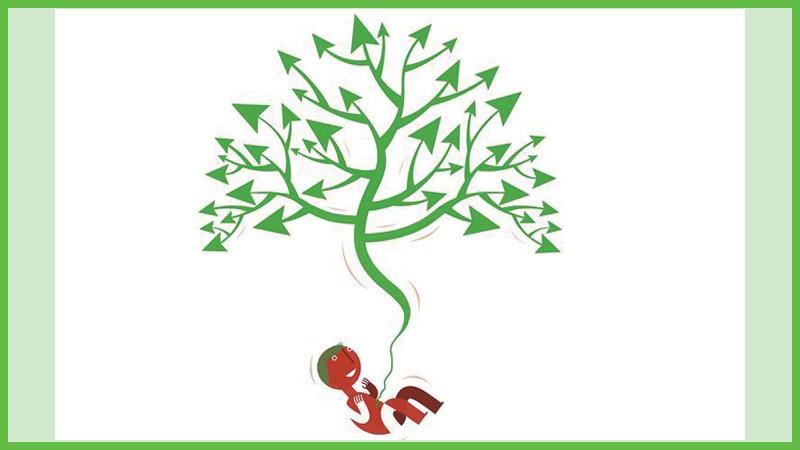 The world needs to shift to a paradigm of environmental philosophy that is anchored in environmental consciousness rather than merely government regulations. India can be at the forefront of change.

Yesterday, the United Nations honoured me with the ‘Champions of the Earth Award’. While I was extremely humbled at receiving this honour, I do feel that this award is not for an individual. Instead, it is a recognition of Indian culture and values, which have always placed emphasis on living in harmony with Mother Nature.

It was a proud moment for every Indian to see India’s proactive role in mitigating climate change being acknowledged and appreciated by the United Nations Secretary General, António Guterres and Erik Solheim, the Executive Director of the UNEP.

Human beings and nature have a very special relationship. Mother Nature has nurtured and nourished us. The first civilisations were established on the banks of rivers. Societies that live in harmony with nature flourish and prosper.

Today human society stands at an important crossroads. The path that we take hereon will not only determine our well being but also that of the generations who will inhabit our planet after us. The imbalances between our greed and necessities have led to grave ecological imbalances. We can either accept this, go ahead with things as if it is business as usual, or we can take corrective actions.

Three things will determine how we as a society can bring a positive change.

The first is internal consciousness. For that, there is no better place to look than our glorious past. Respect for nature is at the core of India’s traditions. The Atharvaveda contains the Prithvi Sukta, which contains unparalleled knowledge about nature and the environment. It is beautifully written in the Atharvaveda, “यस्यां समुद्र उत सिन्धुरापो यस्यामन्नं कृष्टयः संबभूवुः। यस्यामिदं जिन्वति प्राणदेजत्सा नो भूमिः पूर्वपेये दधातु॥३॥” It means: Salutations to Mother Earth. In Her is woven together Ocean and River Waters; in Her is contained Food which She manifests when ploughed; In Her indeed is alive all Lives; May She bestow us with that Life.

The ancients write about the Panch Tatvas — Prithvi (Earth), Vayu (Air), Jal (Water), Agni (Fire), Akash (Sky) — and how our life systems are based on the harmonious functioning of these elements. The elements of nature are manifestations of divinity.

Mahatma Gandhi wrote extensively on the environment and even practised a lifestyle where compassion towards the environment was essential. He propounded the Doctrine of Trusteeship, which places the onus on us, the present generation, to ensure that our coming generations inherit a clean planet. He called for sustainable consumption so that the world does not face a resource crunch.

Leading lifestyles that are harmonious and sustainable are a part of our ethos. Once we realise how we are flagbearers of a rich tradition, it will automatically have a positive impact on our actions.

When we as a society are aware of our strong links with environmental conservation and talk about it regularly, we will automatically be proactive in working towards a sustainable environment. That is why I will put proactiveness as the third facet of bringing a positive change.

In this context, I am delighted to state that the 130 crore people of India are proactive and at the forefront of working towards a cleaner and greener environment.

We see this proactiveness in the Swachh Bharat Mission, which is directly linked to a sustainable future. With the blessings of the people of India, over 85 million households now have access to toilets for the first time. Over 400 million Indians no longer have to defecate in the open. Sanitation coverage is up from 39 per cent to 95 per cent. These are landmark efforts in the quest of reducing the strain on our natural surroundings.

We see this proactiveness in the success of the Ujjwala Yojana, which has significantly reduced indoor air pollution due to unhealthy cooking practices that were causing respiratory diseases. Till date, over five crore Ujjwala connections have been distributed, thus ensuring a better and cleaner life for the women and their families.

India is moving at a quick pace in cleaning its rivers. The Ganga, which is India’s lifeline, had become polluted in several parts. The Namami Gange Mission is changing this historical wrong. Emphasis is being given to proper treatment of sewage.

At the core of our urban development initiatives such as AMRUT and the Smart Cities Mission is the need to balance urban growth with environmental care. The over 13 crore soil health cards distributed to farmers are helping them make informed decisions that will boost their productivity and improve the health of our land, which helps the coming generations.

Our country is devoting unparalleled attention to new and renewable sources of energy. Over the last four years, this sector has become more accessible and affordable.

The Ujala Yojana has led to the distribution of nearly 31 crore LED bulbs. The costs of LED bulbs have reduced and so have the electricity bills and the C emissions.

India’s proactiveness is seen internationally. It makes me proud that India remained at the forefront of the COP-21 negotiations in Paris in 2015. In March 2018, world leaders of several countries converged in New Delhi to mark the start of the International Solar Alliance, an endeavour to harness the rich potential of solar energy and bring together all nations that are blessed with solar power.

While the world is talking about climate change, the call for climate justice has also reverberated from India. Climate justice is about safeguarding the rights and interests of the poor and marginalised sections of society, who are often the biggest sufferers from the menace of climate change.

As I have written earlier, our actions today will have an impact on human civilisation much beyond our time. It is upto us to take on the mantle of global responsibility towards a sustainable future. The world needs to shift to a paradigm of environmental philosophy that is anchored in environmental consciousness rather than merely government regulations. I would like to compliment all those individuals and organisations who are working assiduously in this direction. They have become the harbingers of a monumental change in our society. I assure them all possible support from the government in their pursuits. Together, we will create a clean environment that will be the cornerstone of human empowerment.

(The writer is Prime Minister of India)