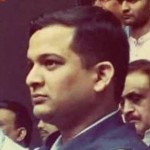 If in 2014 Modi was a gamble, in 2019 he has been an informed choice; if vote for Modi then was an expression of anti-incumbency, this time it has been an assertion of right choice; if Modi’14 was magic and wave, then Modi‘19 is the voice of ‘New India’ loud and clear.

While the 2019 election seems to have built up on the aspirations of 2014, there is one crucial way in which it has been different. In this election we are no longer looking through the narrow prism of old vertical identities of caste, language and religion, among others. We have now seen the rise of new interest groups such as poor, women, youth, disabled and farmers. As the old watertight and discriminatory identities are now blurring, people are now relating more to the emerging interest groups that represent their concerns better. In 2019, Modi has effectively captured the imagination of these interest groups and has come to represent the voice of an India of new identities.

The second most important factor was the arsenal policies and programmes implemented by the Narendra Modi-led government touching nearly every section of the society. These programmes directly benefitted over 20 crore people – be it Ujjwala Yojana for households, Maternity scheme for pregnant women, reservation for poor, Ayushman Bharat for those in need of medical care, toilets for families and especially women, Jan Dhan for direct benefit transfer. There were around 463 such schemes under which around 5 lakh crore rupees was directly transferred to the account of beneficiaries over these five years. Sabka Saath Sabka Vikas, a slogan given by the PM, turned into a reality as these schemes reached the bottom of the pyramid. Though the Opposition continued to harp on the gaps or drawbacks of the schemes, it was the voters who understood that no single scheme could be a panacea for a country as diverse as India. They were happy that the government had ensured some benefits reached them. It was proof enough for them that Modi was effective.

The third factor was that Modi was able to provide a transparent and accountable government which was one of the primary expectations in 2014. Under Modi, the government mechanisms shifted swiftly towards digital transparency and accessibility. For voters it meant that information and benefits were no longer controlled by a few. Despite repeated attacks by the opposition, Modi’s personal integrity remained unblemished. His ascetic renunciation of family ties provided the perfect anti-thesis to a party so focused on continuation of a family name. Opposition chorus of Rafael was massively rejected as propaganda by the people who were convinced with Modi’s brand of nationalism.

The BJP cadre was hugely motivated under the organisational leadership of party president Amit Shah and a galaxy of star pracharaks. Under Amit Shah a grand campaign design was drawn with multiple rallies across the length and breadth of the country, involvement of youth and clear messaging. On the other hand the Congress largely depended on Rahul and Priyanka Gandhi and the morale of their cadre was low.

It was a result of this that BJP’s electoral messages in this election came across as clear. They largely fought on good governance, security and nationalism as delivered by Prime Minster Narendra Modi in the last five years. On the other hand the Congress lacked a grand narrative and its message came across as scattered and negative given its singular focus on Modi. Over the span of five years the party had failed to grab the role of principal opposition and could not raise genuine issues of farmers, youth, traders, women in a sustained manner. Their dependence on negative campaign backfired as it came to be seen as more disruptive than remedial.

In terms of coalition also, BJP scored far ahead. They were able to put together a coalition of 40 parties reflecting national ambition and regional aspirations.

An aspect that political analysts have missed over the successive years has been the rise of urban areas, expansion of industries and advent of media and social media following privatisation and liberalisation. The benefit of these changes has largely gone to the BJP that was able to tune in to the changes and capitalise on them by projecting a strong leadership and a clear message. It was a result of this that in 2019, Modi emerged yet again as a credible face with unmatched popularity who can deliver the dream of New India.