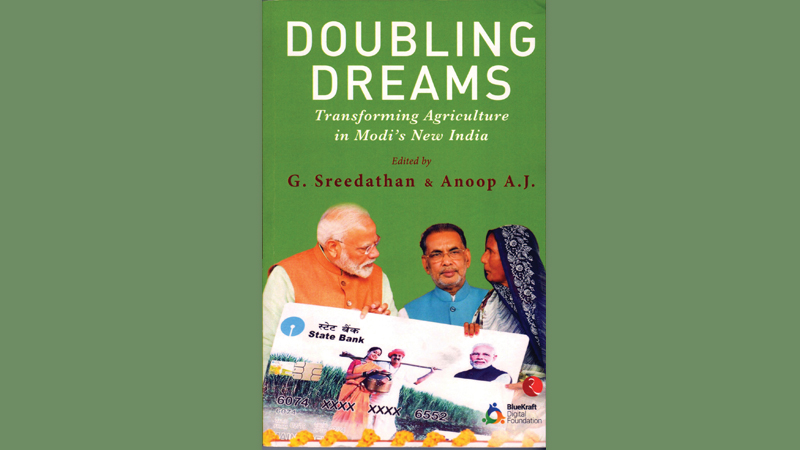 As a result, Indian agriculture has grown significantly in the past five years has helped the country achieve record output of milk, fruit and vegetables. A newly launched book titled Doubling Dreams: Transforming Agriculture in Modi`s New India, published by Rupa Publication India in association with BlueKraft Digital foundation, edited by senior journalist G. Sreedathan & founder of policy advocacy platform Bharat Niti, Anoop A.J has evaluated several government initiatives taken by Modi government for doubling income of our farmers. The book includes series of article on Modi – government`s scheme which are influencing life of Indian farmers at large. Every article was written after interacting with farmers about impact of government policies on their life. For example, an article in the book brought to the notice several incidents of violence & stampede which were common till 215 due to black marketing of fertilizer which led to shortage fertilizer stocks.  Major reason to shortage of urea was its diversion to chemical industries. Introduction of Neem Coated Urea by Modi government stopped its diversion to chemical industries which brought availability of urea on reasonable price. In the book famers shared their experience with authors how Modi government’s policies are bringing a drastic change in the farm sector.