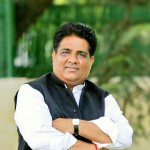 Recently opposition leaders in Rajya Sabha have alleged that the Government has passed Legislation in hurry without scrutiny by Parliamentary Standing Committees or Select Committees, which is fundamentally wrong on facts. It is surprising to see that they are objecting to the fact that the Parliament has been utilizing more of its time to bring law and they have problem with the fact that Parliament has enhanced its productive hours and performing better than ever. It is difficult to understand that why there is the objection, if the House has performed better, brought more laws, made more required changes and did the function, which is primarily the function of the House.

The allegationthat in the Rajya Sabha Bills are not properlyscrutinised by the Parliamentary Committees is absolutely wrong as it is the matter of record that the UPA government has referred only five Bills in the Rajya Sabha to the Parliamentary Select Committee from the years 2009 to 2014 while the NDA government has send total seventeen Bills to the Parliamentary Select Committees in Rajya Sabha for scrutiny in between the years 2014 to 2019. Surprisingly,those who have been disrupting Short Discussions and Calling Attention,Sessions after Sessions in the theRajya Sabha,are the ones, who are raising question on functioning of the House. Members who are talking about work of Parliament must collectively introspect that why Monsoon Session 2015, Budget Session 2018, Winter Session 2018 and Interim Budget Session 2019 were washed out. It is also surprising to see that instead participating in the discussion of the House, they have been busy creating obstacles and now raising issue on performance.

The present session has been very effective from the perspective of the enactment of the legislation that its been ever in past Parliamentary sessions. This session has been continuously functional beyond normal House hours and often the session got extended over 9pm in the night. In addition to the enactment of the Legislation, there has been productive discussions on many important issues, there has been calling on attention and zero hours for raising so many important issues of public importance. Apart from aforesaid, there have been number of private resolutions and private Members bills on so many issues. There have been fruitful question hours as the same is very important to make the government accountable. It is also important to highlight that while four sessions out of five sessions got washed out, still during Sessions 2014 to 2019 during NDA Government total number of short duration discussions were 29, which were only 27 in the sessions from the year 2009 to 2014 during UPA Government.

Business of the House gets finalized by the Business Advisory Committee, which has representation of all parties and all Bills get listed after getting passed by the aforesaid Committee as per its allotted time. After long time, the system of productive long hours started happening in the House. Parliamentary sessions have been irregular due to interruptions and unnecessary interventions. We should not forget that the Law making is the primary function of the Parliament and the constructive feedback and intervention of the opposition plays an important role in this process but the opposition, only for the sake of opposition should not be encouraged.

The opposition need to understand that while the feedback is necessary, it is equally necessary that there should not be creation of unnecessary obstacle as it will not lead to the healthy democracy. The opposition need to realize importance of its role and act wisely towards strengthening the democracy while acting as a constructive opposition. It is matter of pride that during this session, this task has been getting completed much more than ever it was done by any other governments.