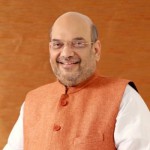 Some dates stand out in history. In the annals of India’s parliamentary history July 30, 2019, represents one such day. The passage of the historic triple talaq bill in Parliament’s Upper House is not just about enactment of one more law. It is about correcting a historical wrong. It is about restoring honour and dignity to Muslim women. It is about establishing gender equality.

The bill’s passage shows the Modi government’s commitment to walk the talk on social reforms with a steadfast focus, despite resistance from opposition. It provides statutory shield to Muslim women who have been silently bearing the brunt of an utterly sinful practice.

A careful reading of the events during the bill’s passage in the Rajya Sabha, as well as those outside Parliament, reveal some important pointers. For one, it brought out the Modi government’s relentless efforts to accord social dignity, respect and honour to women in India. Equally importantly, it also completely exposed the duplicitous intent of the Congress party, which has all along treated minorities as a vote bank, perpetuating a deep-rooted inequality that cared little about women’s self-respect.

Another interesting facet that has emerged is Congress’s diminishing ability to rally other parties around its partisan obduracy. When a government remains dedicated to the cause of public and social welfare, which is the case with the Narendra Modi government, it is only natural for other parties to support it.

The support the triple talaq bill has received from non-NDA parties is welcome. We also appeal to all parties to rise above political differences and offer non-partisan support to such issues that are critical for India to progress as a nation and society.

It is important to analyse Congress’s role on triple talaq through the prism of India’s recent political history. Congress, which had more than 400 MPs in the Lok Sabha three decades ago, had a great opportunity to change the historical wrong to Muslim women in the Shah Bano case. In 1985, the Supreme Court had ruled in favour of triple talaq victim Shah Bano, made her entitled to an allowance of Rs 500 per month, and had said that the order was in conformity with the Sharia law. However, instead of implementing it, Congress led by then Prime Minister Rajiv Gandhi succumbed to pressure from clerics represented by Muslim personal board and the lure of vote bank politics and enacted a law to nullify the court’s order.

The capitulation appalled even the left-leaning legal luminary, former SC judge Justice VR Krishna Iyer. Arif Mohammed Khan, a minister in the then Congress government who had termed the court decision as fair, resigned in protest against the government’s decision. Rajiv Gandhi had made Khan believe that he would implement the progressive SC verdict.

The issue had since remained in cold storage for years, and when the Modi government brought it up, there was no change in the Congress’s malicious ambivalence. Congress’s double standards and divisive politics that existed 30 years ago were on vivid display as it tried subterfuges to thwart the attempt to right the wrong committed by Rajiv Gandhi. The obstructionism only reflected core character that perpetuates appeasement and vote bank politics. The law banning triple talaq marks a huge blow to such politics.

This bill has also thoroughly exposed the so-called liberals in India. Many of these “liberals” who proclaim themselves to be champions of gender justice were conspicuously silent or employed ruses to oppose a bill that sought to empower Muslim women. The duplicity has exposed that these self-styled liberals are driven by narrow partisan politics instead of humanitarian values.

Importantly, those who question the need to have such a law forget that hundreds of cases of the atrocity that triple talaq was, had been reported after January 2017 when SC outlawed the practice. The brazenness necessitated a strict law to clamp down on the unjust practice. That the law is not against Islam is borne out by the fact that 19 countries including Pakistan, Iran, Iraq and Syria have banned instant oral divorce.

We need to understand that women who fought a long battle against triple talaq didn’t have any political motive. They were normal women who showed extreme courage to fight against injustices they were subjected to. They were determined to put an end to this practice and finally won the battle in the country’s highest court. By legislating a triple talaq law our government has given a statutory backing to their battle. After all, lawmakers and political parties are duty bound to give voice and right direction to such fights.

Opposition’s argument questioning the need for law applicable only to Muslim society is also baseless. Independent India has seen enactment of laws aimed at reforming entrenched practices in other communities. Hindu Marriage Act, Christian Marriage Act, and laws to ban child marriage and dowry are examples of such interventions.

Those engaging in opportunistic, narrow political arguments refuse to acknowledge these. Those who question making triple talaq a criminal offence conveniently ignore that several other practices related to Hindu society are considered criminal offence and attract severe punishment.

The Narendra Modi government deserves credit for enacting a law to ban triple talaq. I am sure Modiji will now go down in history as a social reformer in the league of Raja Rammohan Roy and Ishwar Chandra Vidyasagar, who waged struggles to improve the lot of women.