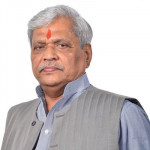 Many death anniversaries are celebrated in the country every year. However, those pious souls are very fortunate, whose supporters or followers make their “sacrifice” meaningful. Dr. Syama Prasad Mookerjee is one such supreme pious soul, who sacrificed his life on 23 June, 1953 for the cause of a united India. From the days of Bharatiya Jana Sangh (BJS) till now in the BJP, 23 June has been celebrated not only just as the Balidan Diwas of Dr. Mookerjee, but also as a day of resolution to abrogate Article 370 from the Constitution. In every manifesto, the declaration of Mookerjee to abrogate the temporary Article 370 was affirmed. Prime Minister Narendra Modi had also travelled with Dr. Murli Manohar Joshi with the same pledge of abrogating Article 370 and hoisted the tricolour at the Lal Chowk in Srinagar in 1992. Finally, under the leadership of Prime Minister Narendra Modi, Article 370 was abrogated on 5th August, 2019. Home Minister Amit Shah worked as a true patriot in passing the historic Bill in both the Houses of Parliament.

Dr. Syama Prasad Mookerjee also made significant contributions in the fields of education, polity, society and culture. He became a member of the Bengal Legislative Council in 1929, and was the youngest Vice-Chancellor of the University of Calcutta from 1934 to 1938. Later, he became the Finance Minister of the Province of Bengal, and was subsequently elected the National President of the All India Hindu Mahasabha, the Mahabodhi Society and the Royal Asiatic Society. Dr. Mookerjee was also a member of the Constituent Assembly. He got the opportunity to serve the country as a Union Minister in the first cabinet of independent India. In the first general election, he was elected to the Lok Sabha from South Calcutta.

Dr. Mookerjee didn’t want partition of the country. Pt. Nehru was in favour of Partition. Therefore, he visited to Mahatma Gandhi to convince him. However, Gandhiji said even the Congress did not listen to him. When partition looks inevitable, Dr. Syama Prasad Mookerjee pledged to ensure the interests of the Hindus in Bengal. For his efforts, the Muslim League’s plan to annex the entire province of Bengal was not successful.

Due to Pt. Nehru’s disregard for the displaced and his own commitment to national interests, Dr. Mookerjee resigned from the Union Cabinet on 08 April, 1950. He felt that Pt. Nehru had a very soft attitude towards the Government of Pakistan and he had no courage to ensure the protection of the interests of Hindus left in Western (present-day Pakistan) and East Pakistan. He clearly believed that the Nehru-Liaquat Agreement was meaningless as it entrusted the responsibility of protecting the interests of minorities on the Indian Government, but no such initiative was taken by Pakistan.

After resigning from the Nehru cabinet, Dr. Mookerjee explored the possibility of forming a new political party. He met with the second Sarsanghchalak of the RSS, Param Pujaniya MS Golwalkar (Guruji), and urged him to establish the BJS. Guruji gave his consent to this proposal and gave eight Pracharaks from the Sangha for this purpose and this is where the work of BJS started with the mission of correcting the mistakes of Pt. Nehru. The BJS was founded on October 21, 1951, and Dr. Mookerjee became its founding president.

The BJS won three Lok Sabha seats in the first general election, held from October 25, 1951, to February 21, 1952. Dr. Mookerjee was one of the three MPs. He attacked Pt. Nehru’s policies in Parliament. During a debate in the House, Pt. Nehru once pointed to Dr. Mookerjee and said, “Jana Sangh is a communal party, I will crush the Jana Sangh”. Dr. Mookerjee replied, “My friend Pandit Jawaharlal Nehru says that he will crush Jana Sangh, I say I will crush this crushing mentality.”

Dr. Mookerjee understood the seriousness of Kashmir’s special status issue from the very beginning what others realized later on. His speeches in the Lok Sabha in 1952 made it clear what happened later in Kashmir — terrorism, atrocities and the exodus of Hindus — had been foretold. The separatist tendencies that emerged from Sheikh Abdullah’s political activities had begun to take hold by 1952. Due to this, the national thinking was disturbed.

To fulfill his resolve, Mookerjee decided to challenge the Nehru government in New Delhi and Abdullah’s government in Srinagar. In May 1953, he set out on a trip to J&K to study the situation there. In those days, permits had to be obtained for entry into J&K. When he was asked for a permit, he said, “I am a member of the Parliament of India, I will not take a permit in my own country for Kashmir”. He was put under house arrest. For 40 days, neither medical care nor other basic facilities were provided. He died on June 23 under mysterious circumstances.

To realise his resolve, Dr. Mookerjee sacrificed his life for the motherland. Former Prime Minister Shri Atal Bihari Vajpayee, who went to Kashmir with him wrote, ‘When he died, I felt that Dr. Mukherjee was saying, His soul from the sky is saying – Look I have come out of the state of Jammu and Kashmir, though as a martyr, they could not keep me locked up.’ Atal ji vowed that he would dedicate his whole life to realize the dreams of Dr. Mookerjee. This sacrifice was the first sacrifice of independent India that laid the foundation for the struggle for the national unity and integrity. At his funeral in Kolkata, over 2 lakh people gathered to pay tribute. Young and old all took to the streets to be a part of their last journey. Dr. Mookerjee’s resolve became the resolution of the nation. His sacrifice became the vow to abolish Article 370 for the people of the nation.

At his funeral in Kolkata, over two lakh people gathered to pay tribute to him. Dr. Mookerjee’s resolve became the resolution of the nation. His sacrifice became the vow to abolish Article 370.

The 70-year-old mission was achieved by the Modi government within 70 days of its second term. Dr. Mookerjee was the first Indian to sacrifice his life for Jammu and Kashmir. June 23, the day of supreme sacrifice, should be observed in the country as ‘Ek Nishan, Ek Vidhan, Ek Pradhan’ Day. With this, the nation will not only remember him on his sacrifice every year, the spirit of national unity and integrity will also be strengthened.

(The writer is National Vice-President, BJP and a former Rajya Sabha MP)