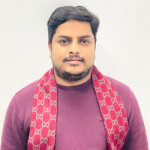 From ‘Sankalp se Sidhi’ to the ‘Amrit Mahotsav,’ Prime Minister Modi’s vision has remained to inspire the citizenry to honour our freedom fighters and contribute positively to the construction of an India based on the ideals envisioned by those who fought for our independence. PM Modi launched the ‘Amrit Mahotsav’ in March 2021 to commemorate India’s 75th anniversary of independence. The festivities will last until August 15, 2023. The campaign, which began precisely 75 weeks before India’s 75th Independence Day, includes a variety of initiatives such as ‘nurturing and mentoring young authors’, ‘Swachhata Filmon ka Amrit Mahotsav’, and others. Since the program’s inception, the primary objective has been to increase public participation in governance, honour our heroes, and inspire a ‘Jan-Andolan’ for India’s development. This independence day, the Prime Minister has requested the countrymen to sing the national anthem, rashtra gaan, together and upload it on the platform rashtragaan.in which will increase the participation of public in India’s development. The initiative will bring the nation together and create a spirit of unity. This will further symbolize and will signify the respect and dedication towards the nationsl developmental goals as a whole. A compilation of all the videos will go live on 15th August, 2021 on the 75th Independence Day.

Amrit Mahotsav is the continuation of the journey begun by ‘Sankalp se Siddhi’ (attainment through resolve). ‘Sankalp se Siddhi’ began in 2017 with the goal of improving the structure of good governance through a five-year plan led by the new India movement and involving the general public. Prime Minister Shri Modi urged the public to pledge for a garbage-free, poverty-free, corruption-free, terrorism-free, caste- and communal-free India. The movement, which was organised to commemorate the Quit India Movement’s 75th anniversary, elicited a strong response from the populace. India improved its cleanliness ranking, millions of Indians were lifted out of abject poverty, India performed fairly on corruption indices, and there were no major terror incidents in Indian cities. PM Modi’s government has led the nation in establishing a New India that is strong, prosperous, and all-inclusive, an India worthy of our freedom fighters. Prime Minister Shri Narendra Modi had previously stated, “Quit India was a watershed moment in our nation’s history. People across India actively pledged to devote themselves to India’s freedom in response to Mahatma Gandhi’s clarion call of ‘Do or Die.’ On the 75th anniversary of the Quit India Movement, we salute all who participated. Let us commit to working together and dedicating ourselves to establishing a ‘New India’ worthy of our freedom fighters “.

A step further, the ‘Amrit Mahotsav’ is a commemoration of the freedom fighters and the freedom struggle as a whole. During the 75-week commemoration period, the country will not only recall all of the significant milestones and key moments in the freedom movement, but it will also gain new energy for the development of our future. The Dandi March had begun in 1930 from the Sabarmati Ashram, which served as the starting point for the current program. The March played an important role in instilling a sense of national pride and Aatmanirbharta among the Indian people. The Prime Minister’s support for the local campaign is a significant tribute to Mahatma Gandhi, Sardar Patel, Netaji Bose, Syama Prasad Mookerjee, and thousands of other freedom fighters who dreamed of a self-sufficient India and sacrificed their lives for that dream.

The celebration includes a number of events by the Union and state governments, such as exhibitions on the lives of freedom fighters, particularly Mahatma Gandhi, Sardar Patel, and Netaji Subhas Chandra Bose, who are all mentioned in the directive as examples. The special initiative also aims to identify the unsung heroes who took part in the freedom struggle and to commemorate them throughout India through the organisation of exhibitions and shows dedicated to them.

This comes at an opportune time for the country, which is still recovering from the negative effects of COVID-19. The sacrifices and lives of our freedom fighters will infuse new vigour into the efforts of our citizens, who are rewriting the story of India’s economic development. India’s 75-week festival will be a watershed moment in the country’s history, as well as an opportunity to recall the ideals and legacy of our freedom fighters in order to re-tell the country’s story. A solemn responsibility falls on all of us when it comes to remembering and commemorating the extraordinary spirit of freedom fighters, their supreme sacrifices, and their lofty ideals.

The call by Prime Minister Modi for concerted efforts to eradicate poverty, illiteracy, corruption, and other social ills as part of the process of building a more prosperous India is significant as India enters a new phase of development. The results of these efforts will be a fitting memorial to the freedom fighters. One of the objectives of the new education policy announced by the government is to instil cultural values in the minds of today’s children and youth. In the contemporary context, it is impossible to ignore the importance of educating young people about the lives of the country’s great heroes, as well as the thousands of courageous men and women who stood on the frontlines of the freedom struggle and assisted India in overthrowing the yoke of colonial rule. The vision of freedom will only be fully realised when India achieves the goals and promises that it has set for itself in the Constitution, which is something that citizens, particularly the youth, must remember when they are enjoying the fruits of independence.