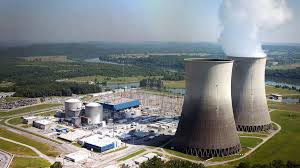 In a significant decision to fast-track India’s domestic nuclear power programme, and give a push to country’s nuclear industry, the Union Cabinet chaired by the Prime Minister Shri Narendra Modi on May 17 gave its approval for construction of 10 units of India’s indigenous Pressurized Heavy Water Reactors (PHWR). The total installed capacity of the Plants will be 7000 MW. The 10 PHWR project will result in a significant augmentation of nuclear power generation capacity.

India has current installed nuclear power capacity of 6780 MW from 22 operational plants. Another 6700 MWs of nuclear power is expected to come onstream by 2021-22 through projects presently under construction. As the government marks three years of its nation and people centric governnace, in a first of its kind project for India’s nuclear power sector, the ten new units will come up in fleet mode as a fully homegrown initiative. It would be one of the flagship “Make in India” projects in this sector.

With likely manufacturing orders of close to 70,000 crores to the domestic industry, the project will help transform Indian nuclear industry by linking our goal of a strong nuclear power sector with our indigenous industrial capacities in high-end technologies.

This Project will bring about substantial economies of scale and maximise cost and time efficiencies by adopting fleet mode for execution. It is expected to generate more than 33,400 jobs in direct and indirect employment. With manufacturing orders to domestic industry, it will be a major step towards strengthening India’s credentials as a major nuclear manufacturing powerhouse.

The ten reactors will be part of India’s latest design of 700 MW PHWR fleet with state-of-art technology meeting the highest standards of safety.

The approval also marks a statement of strong belief in the capability of India’s scientific community to build our technological capacities. The design and development of this project is a testament to the rapid advances achieved by India’s nuclear scientific community and industry. It underscores the mastery our nuclear scientists have attained over all aspects of indigenous PHWR technology. India’s record of building and operating PHWR reactors over the last nearly forty years is globally acclaimed.

The Cabinet’s decision reflects the Government’s commitment to prioritise the use of clean power in India’s energy mix, as part of low-carbon growth strategy and to ensure long-term base load requirement for the nation’s industrialization.
It also supports India’s commitment to sustainable development, energy self-sufficiency and bolsters global efforts to combat climate change.