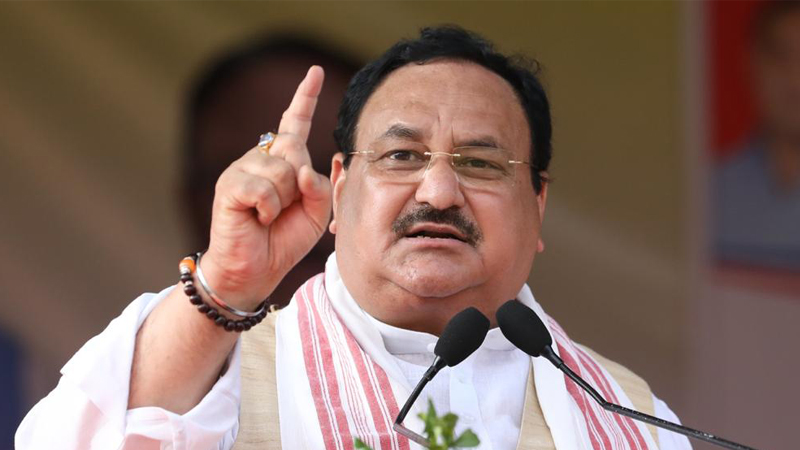 BJP National President Shri JP Nadda launched party’s “Booth Vijay Abhiyan” across 27,700 polling booths in Uttar Pradesh through video-conferencing on 11 September, 2021 and said people of the state had chosen politics of development in 2017. He said the party will win the Assembly elections next year too with a massive majority. Launching the campaign, he said, “As per all surveys, a grand victory of the BJP is certain in UP. Not only in UP but the return of the BJP is certain in Uttrakhand, Goa and Manipur too.” “It is a matter of pride for us that under the leadership of PM Shri Narendra Modi, the politics of caste, family, dynasty and religion in the country has been brought to an end and the politics of development has become popular. Under PM’s leadership, the BJP won 325 seats in 2017 and made history. In the 2014 and 2019 Lok Sabha elections, people of UP gave their support to politics of development,” Shri Nadda said. Salient points of BJP National President’s speech:

Under the guidance of Prime Minister Shri Narendra Modi and under the dynamic leadership of Chief Minister Shri Yogi Adityanath, Uttar Pradesh has reached new dimensions in development and progress.

• The moment we win the booth, our victory is ensured. We have to win each and every booth. With the start of the Booth Vijay Abhiyaan, the Bharatiya Janata Party and all its workers are ready and committed to ensure the BJP’s victory in Uttar Pradesh assembly elections next year. With the blessings, trust and support of the people the Bharatiya Janata Party will once again form its government in Uttar Pradesh with a massive majority.

• Under the strong and decisive leadership of Shri Narendra Modi in the past seven years India’s self confidence and image have got major boost, basic facilities to our citizens have been increased, the Bharatiya Janata Party government has brought into the national mainstream all those were left untouched by development and growth. Most importantly India today has become self reliant and has learnt how to deal with emergencies and major challenges.

• In Uttar Pradesh, the governments of the Samajwadi Party, the Bahujan Samaj Party and the Congress party favored and worked for only one family. They had nothing to do with the development, progress and growth of Uttar Pradesh.

• There was a time when it was difficult to chant Jai Shri Ram in Uttar Pradesh. The Lord Ram ‘sewaks’ were used to be fired upon. The Congress party even refused to recognize the existence of Lord Ram. Nowadays the Samajwadi Party, the Bahujan Samaj Party and the Congress party are doing the politics of convenience in the name of Lord Ram.

• Uttar Pradesh has today become the second state in the country in the ‘Ease of Doing Business’ rankings, which was way below the Samajwadi Party and the Bahujan Samaj Party governments in the state. Today, the Per Capita Income in Uttar Pradesh is Rs. 94,495 while earlier it was just Rs. 47,116.

• The Narendra Modi government at the Centre has done a massive increase in the health budget to improve and strengthen the health infrastructure of the country. The health budget has been increased from Rs. 94,452 crores to Rs. 2.23 lakh crores.

• Uttar Pradesh Chief Minister Shri Yogi Adityanath has taken care of children who have been orphaned during the Corona pandemic by giving them a monthly stipend of Rs. 4000.