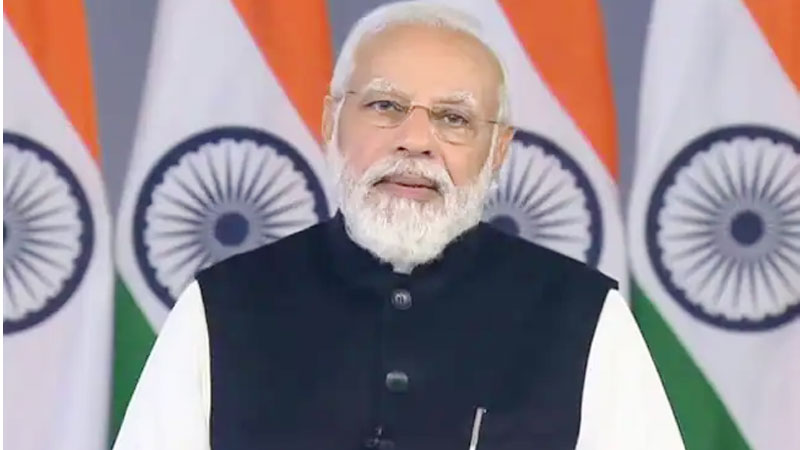 –“‘The Panch Pran’ must be the guiding force for good governance”
–“Law and order system can be improved with the help of smart technology”
–“Maintaining law and order is a 24×7 job”
–“Laws like UAPA have given strength to the system in a decisive battle against terrorism”
–“‘One Nation, One Police Uniform’ will give a common identity to law enforcement”

Addressing the gathering, the Prime Minister complimented the preparations of the law and order personnel for a peaceful atmosphere during the festival season.

He said that the Chintan Shivir is a prime example of cooperative federalism. The Prime Minister said even though law and order are the responsibility of the states as per the constitution, they are equally related to the unity and integrity of the country.
Referring to the ongoing Amrit Kaal, the Prime Minister said that during the Amrit Kaal, an Amrit generation will emerge carrying the essence of the ‘Panch Pran’. “‘The Panch Pran’ must be the guiding force for good governance,”’ he said.

The Prime Minister said that when the strength of the country increases, then the power of every citizen and every family in the country will get a boost. The Prime Minister asked the gathering to consider a single uniform for the police of the states of the entire country. This will not only ensure quality products due to the scale but also will give a common identity to law enforcement as citizens will recognize police personnel anywhere in the country. States can have their number or insignia. “‘One Nation, One Police Uniform’, I am just putting forward this as a thought for your consideration”, he said. Similarly, he emphasised the need to think about developing special capabilities for tourism-related policing. He said tourists are the biggest and fastest ambassadors of the reputation of any place.