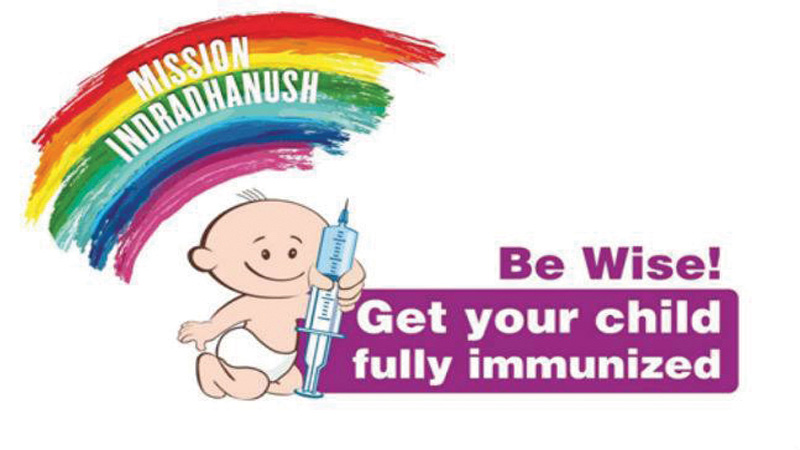 That the future of the country lies in the hands of the young is well known. It is these young people of today who will shape and lead the country tomorrow. Therefore, in order to ensure that our country remains strong tomorrow, the health of the young today must be given utmost priority. Over the last four years, the Modi government has taken several measures to ensure that the health of infants and children are given maximum attention with a view to give them the utmost quality of life, preparing them for future when they can contribute productively to the cause of nation-building. Following are some of other major steps for the good health of our Future Generations.

1- When a child is born, both the child and the mother need the best healthcare possible under an integrated response mechanism. In India, the infant mortality rate and maternal mortality rates are improving and in the last few years, both the indicators have shown significant reduction.

5- The government launched Mission Indradhanush within the first year of its tenure. With the success of the programme, in order to accelerate mission, an Intensified Mission Indradhanush was launched, to reach each and every child up to two years of age and all those pregnant women who have been left uncovered under the routine immunisation programmes.


Japanese Encephalitis which has proven to be a life-threatening viral disease affecting mainly children aged less than 15 years across many parts of the country, has been tackled head on by the government.

By the middle of 2018, over 15 crore children aged 1-15 years were vaccinated with the JE vaccine.

1- The government has sought to address the problem of malnutrition through the landmark POSHAN Abhiyaan to improve nutritional outcomes for children, adolescents, pregnant women and lactating mothers by leveraging technology, targeted approach and convergence.

2- The aim is to reduce stunting, under-nutrition, anemia (among young children, women and adolescent girls) and reduce low birth weight.