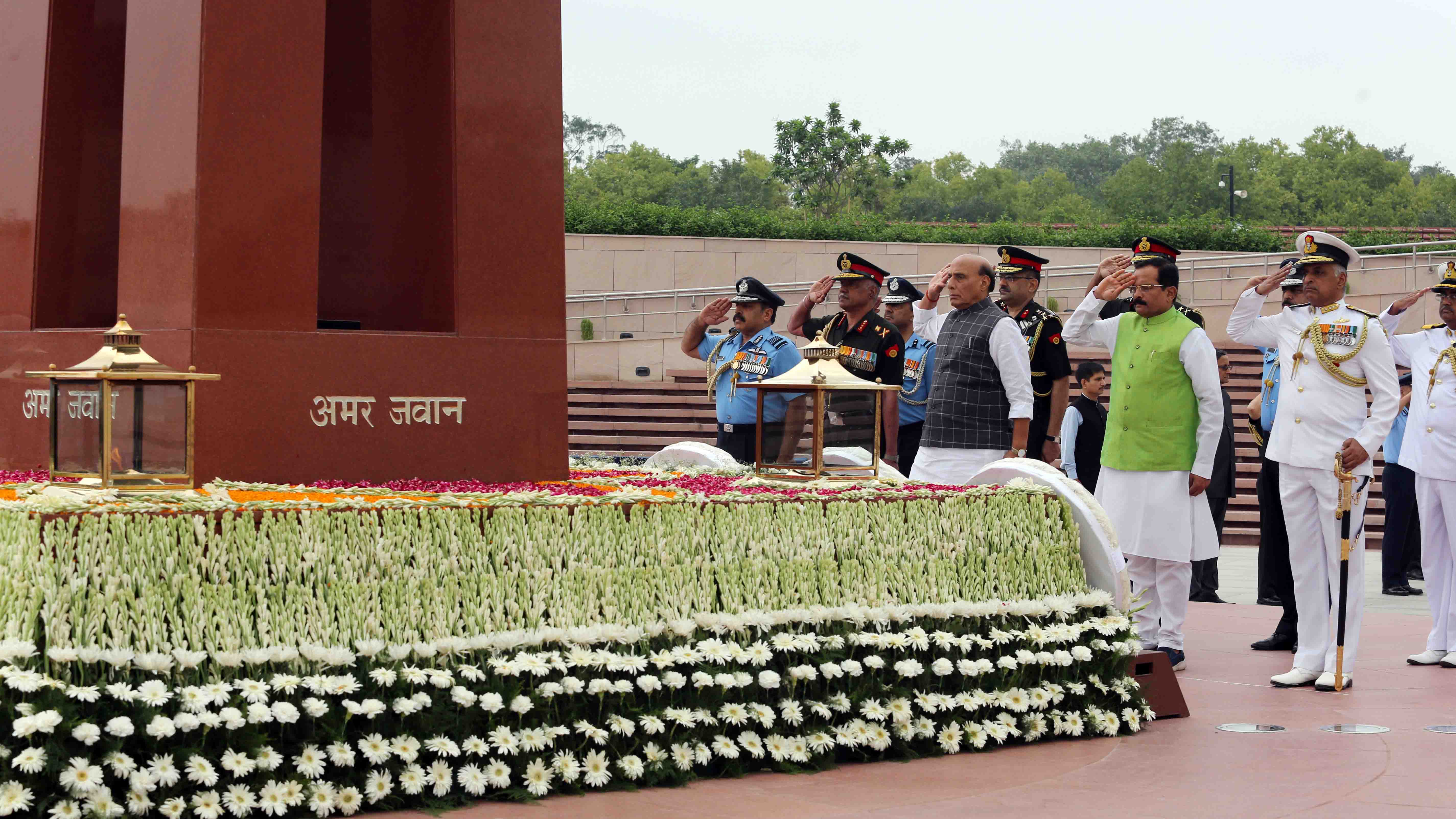 The Raksha Mantri wrote a message in the visitors’ book on the occasion. “Homage to the brave soldiers of KargilWar who laid down their lives for the honour, prestige and pride of India. Their valour and sacrifice are a motivation for every Indian. On 20thanniversary of Kargil Vijay Diwas, we take a pledge that the grateful nation will never forget the supreme sacrifice the soldiers made for the country’s honour,” wrote the Raksha Mantri in the book.

The Indo-Pak Kargil War was fought in May-July 1999 in the toughest terrain along the Line of Control (LoC) from ZojiLa in the West to Turtok in the East. The conflict was engineered by Pakistan by infiltrating its troops, occupying vacated dominating heights, overlooking and threatening National Highway besides violating the territorial integrity of the nation. The soldiers of the Indian Army, displaying utmost fortitude and resilience, fought legendary battles in Dras, Kaksar, Batalik and Turtok sectors at heights above 12,000 feet and evicted the Pakistani intruders. The Indian Air Force also contributed significantly and supported the Army operations.