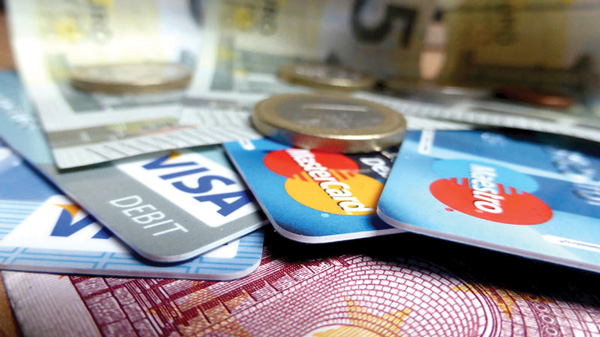 Debit and credit card transactions have jumped to Rs 74,090 crore in September this year, up a hefty 84 per cent as compared to the same month last year when it stood at Rs 40,130 crore, thanks to the Central government’s push for non-cash payments, says a study on November 19, 2017.

The transaction volume at all points of sale (POSes) clipped higher by 86 per cent to 378 million in September this year over the same period last year when it stood at 203 million, European payment solutions provider Worldline said in a weekend report quoting the Reserve Bank data. In September 2016, the number stood at 203 million, it added. “With demonetization, people were pushed to use non-cash modes of payment for everyday expenses. Even after the cash is back to the pre-demonetization levels, there is a visible growth in card transactions,” chief executive of Worldline South Asia & Middle East, told.

The push to increase cards usage started with the Prime Minister Jan Dhan Yojana (PMJDY) in August 2014, the survey said. The total number of cards as of September 2017 stood at 853 million. Of this, 33.3 million were credit cards and 819.8 million were debit cards. There was a marked spurt, especially for debit cards, which shot by 39 per cent in 2015 because of the new Jan Dhan accounts. Post-demonetisation, growth has been averaging at 22 per cent, the survey added. The growth of credit cards from 2016 to 2017 has been 24 per cent, higher than the average growth but consistent with the trend of the past few years, the study said. Between 2011 and 2016, credit cards have seen a steady nine per cent increase.

The study further said digital payment companies have seen a substantial jump in business following the government’s push towards cashless transactions after the note ban last November, and the major contributor to this growth was online payments.
According to RBI, after the note ban, digital transactions rose 31 per cent from last November to this September. The growth rate of the digital payments industry, which was earlier in the range of 20-50 per cent has accelerated post-demonetisation to over 40 per cent. As of September, the number of transactions on the unified payments interface (UPI) jumped 85 per cent in a month. The rise in UPI adoption is also facilitated by the rise in smartphone users and increased availability of 3G and 4G data (89 per cent of total mobile data), the survey said.