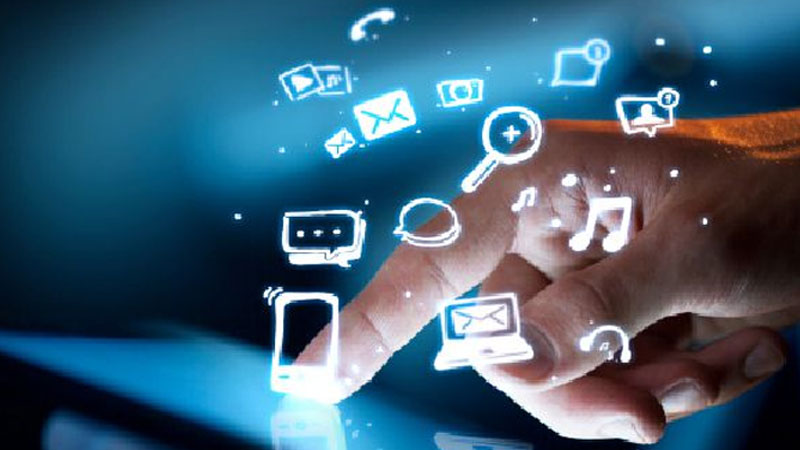 Digital India is one such unique initiative taken by the Modi Government, which aims to accelerate the pace of all small and big government departments by digitizing them. The benefit of this would be that without the use of any paper, all government services are now reaching to the public electronically and the work have been done without any delay. The government has taken this very important and right step to connect every citizen of India with the digital world, which will prove to be a milestone in the coming future. Due to this, there will be a lot of improvement in the economy, as well as new technology will also shape the development policies of the country.
An important goal of the Digital India scheme is to connect rural areas through high speed internet. Digital India has three core components: first, creating digital infrastructure, second, making services accessible to the masses electronically and third, promoting digital literacy.

As part of a program, Prime Minister Shri Narendra Modi started the Digital India campaign on July 1, 2015 in the presence of some veteran industrialists at Indira Gandhi Indoor Stadium in Delhi, which can be seen expanding all over India today.
Digital India is an important initiative to develop the country digitally and improve the IT institution of the country. The program was unveiled by launching various schemes of Digital India campaign like Digital Locker, National Scholarship Portal, E-Health, E-Education, E-Sign etc. On this occasion, Prime Minister Shri Modi said that it is the need of the hour to understand the digital power and if this is not done then the world will go far ahead and we will be left behind. He said that in the coming time the country is going to change to ‘m-governance’ which stands for ‘Mobile-Governance’.

Digital India is India’s resolve for self-reliant India. The need of the hour is to end all the gap between the government and the people, and between the system and the facilities. A great example of how well Digital India has been doing is DigiLocker, according to a Government of India source, 80 crore people became the active users of DigiLocker as on 30 November 2021. On the other side of this digital revolution 1.78 lakh gram panchayats are connected with optical fiber and more than 59,000 Start-ups are functional, which are giving a new dimension to our dream.

Paying electricity bill, water bill, income tax has become very easy and fast only due to Digital India. The delivery of ration to the poor has been simplified, only one ration card is valid across the country. From online education to medicine, Digital India has played an important role in each sector. If seen in real term, PM Shri Modi’s dream of ‘New India’ is coming true with Digital India initiatives. There has been an unprecedented growth in digital transactions from 2016 to 2021: Transactions on UPI (UPI) in terms of value (Rs. Billion) totaled 69 billion in 2016 which increased to 41,306 billion in 2020-21. At the same time, the value of RUPAY card usage at POS (Rs. Billion) increased from 289 billion in 2016-17 to 1,169 billion in 2020-21.

During the Covid pendemic, Digital India made all our task completely simple and accessible to all. Digital India means absolutely transparent system. Digital means a fast-paying system that makes human life very easy. This decade is going to completely enhance digital technology. Not only this, dozens of digital companies of India will join the Unicorn Club.

In this way, digitization will see an unprecedented increase in digital transactions going forward. According to government data as on 24th November, 2021 Government e-Market Place (GeM) portal is witnessing an amazing revolution in public procurement: total transactions through the portal are more than Rs 1.58 lakh crore, sellers and the service provider registration cross more than 31.71 lakhs figure mark.

On the other hand, Prime Minister Modi has said among the BIMSTEC countries, this century is the century of digital revolution and new age innovations. This is also the century of Asia, so it is the need of our time that future technology and entrepreneurs emerge from this region. Prime Minister Narendra Modi on the topic of India’s technology development and revolution in ‘The Sydney Dialogue’ said that the roots of India’s digital revolution lie in democracy. PM Shri Modi said that digital technology is changing the lives of people in the country. The digital age is changing everything around us. It has redefined politics, economy and society. It is raising new questions on sovereignty, governance, morality, law, rights and security. It is shaping international competitiveness, power and leadership.

PM Shri Modi said, ‘Technology has become a major instrument of global competition, it is the key to shaping the international order of the future. Technology and data are becoming the new weapons.