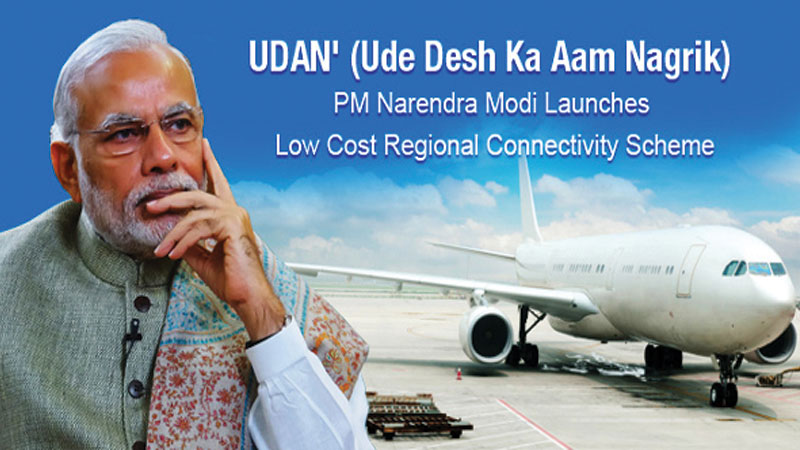 Shri Pradhuman Singh Tomar, Minister of Energy, Govt. of Madhya Pradesh; Shri TulsiSilawat, Minister of Water Resources, Govt. of Madhya Pradesh;Dr.Kirit Solanki, Member of Parliament, Ahmedabad; and Shri Vivek Narayan Shejwalkar, Member of Parliament, Gwalior also joined the flag-off event virtually. Shri JyotiradityaScindia, Union Minister of Civil Aviation, said “I would like to congratulate the people of Madhya Pradesh, Maharashtra and Gujarat on the commencement of the new flight operations. Besides, additional flights between the Delhi-Jabalpur route will also commence from July 18 onwards, and Khajuraho-Delhi-Khajuraho flights from October 2021 onwards. We are committed to bolster regional air connectivity and take the Prime Minister’s vision of Ude Desh ka Aam Naagrik (UDAN) to greater heights!”

Earlier this month, under the UDAN scheme, M/S Indigo airlines started another flight to connect Kolkata, West Bengal &Imphal, Manipur with Dibrugarh, Assam.
To date, 359 routes and 59 airports including 5 heliports and 2 Water Aerodromes have been operationalized under the UDAN scheme. The number of domestic passengers is on the rise as flying emerges as a preferred, safe & time-saving mode of transport. On 15 July 2021, 1,56,450 passengers travelled on 1,450 flights. Total flight movement was 2,915 & total passenger movement was 3,12,892.