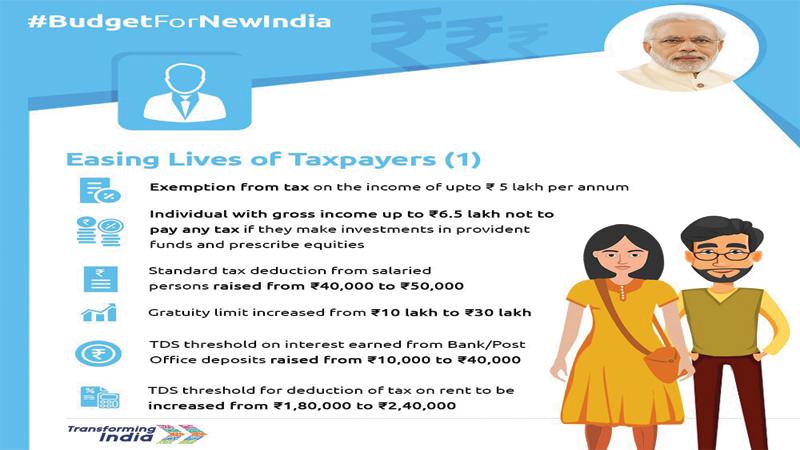 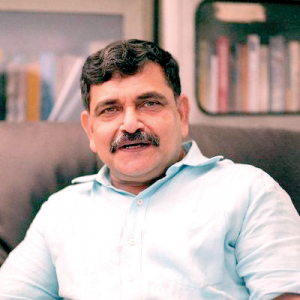 The budget presented by Finance Minister Piyush Goyal is a rain of goodies for all sections of people. From the Rs 6000 per annum dole to 12 cr. farmers whose land holding is upto 2 hectors of land, to doubling bonus ESI scheme benefit and minimum wages to laborers, extension of credit card with interest concession of 2.5 percent to horticulture, fishing and cattle breading along with farmers, Modi has tried to touch every section with bonanza.

Special care is taken to propitiate women and youth through a number of schemes. Self employment is given a big boost. India is the second largest start up hub.

The biggest booster came in the form of 6.5 lakh tax exemption limit which is too cover upto 3 cr. Tax payers. Add to this the exemption on interest gains from fixed deposits, capital gains and doubling of rental income tax limit and helping urban middle class to possess a second house. The booster shot for the middle class is bound to create feel good across the spectrum.
Narendra Modi’s budget for 2019-20 is more an expression of his confidence of getting a renewed mandate from the people of India than a vote on account for the remaining four months when a full budget of the new government id presented in May by the new government after the Lok Sabha polls. This has many new features. But essentially a reiteration of the economic growth model Modi followed since 2014. The budget has given huge relief to farmers, middle income groups and with over 300 million small and medium self-employed people taking benefit the Mudra scheme has become a big bang relief brand of the Modi government.

The tax reform through the GST is now streamlined and the deceleration due to demonetisation has been overcome if the budget is an indicator.

The biggest achievement of the Modi government is that after a disastrous five years of Dr Manmohan Singh between 2009 and 2014 the confidence in the Indian economy has been restored to emerge as the fastest growing economy in the world at 7.2 per cent annual growth. This has shattered the claims of Modi baiters including Dr Singh who after demonetisation predicted economy to crash to abysmal levels.

What the budget loudly proclaims is that Modi has been able to achieve most of his goals to take India on a fast track to recovery. While Opposition leaders like Rahul Gandhi still rehashing the 1972 Garibi Hatao unfulfilled promise to offer poverty doles to the poor after the 2019 polls Modi has projected a vision of a country devoid of poverty, open defecation, homeless citizens and drinking water and sanitation to all.

The budget has emphasized the gains of the past five years. A comparison between what Modi inherited in 2014 and what he has achieved is quite instructive. From the top in the rank for corruption India has become less corrupt compared to most other democracies like US and even China, which is not democracy. From flight of capital, today India is a hot destination for foreign direct investment. In ease of doing business India moved ladders from 152 to 78.

Inflation is at a record low of 6.5 per cent which was 10.5 percent under UPA. Lending rates have almost halved in the last five years. Fiscal prudence and keeping deficit at 3.6 percent have been the hallmark of Modi governance model. India has taken a quantum leap in mobile, smart phone and internet connectivity and digitalization.

Is in 2014 11kms of road was built per day now the per day average is 28 KM which is the highest in the world. Rural road building and infracture development have trebled. Be it port, water ways or rail and air connectivity have seen tremendous progress. Air fares have almost become half making it possible for more common people to travel air and do business faster. Tourism section sector has seen the largest number of foreign visitors coming to India in recent years. The country terror strike free in the past five years which helped business and tourism grow in a big way. 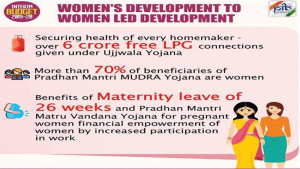 Modi’s earlier budgets have been free of freebees and populism. For the first time now he has taken to extensively woo the middle class and the farmers. The tax concessions will put more money in the pockets of the common man. This will trigger a spending spree helping economy grow faster. Of late, the consumer durable sector and manufacturing sector have seen buoyancy. The boom is bound to accelerate. Modi is clearly looking at good economics as good politics. It is certain that in the polls 2019, he is planning to face the electorate on the development plank. There is a huge element of populism in the new budget.

For instance the big bang health sector reform is going to benefit almost half the population in a big way. The budget tells the story how the free cooking gas connection to the poor, rural roads and electrification, a house for all and the deep penetration of toilets from 38 per cent to 98 per cent are potential game changers. The budget is proving to be Modi’s manifesto for the 2019 poll.