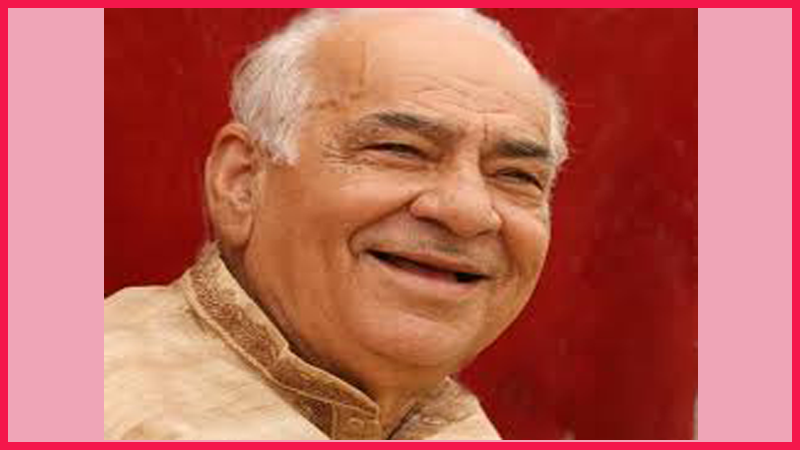 Former Delhi Chief Minister Shri Madan Lal Khurana passed away on October 27 after a prolonged illness. Shri Khurana, who was 82, is survived by his wife, a son and two daughters. A veteran of the BJP, Shri Khurana was the Chief Minister of Delhi from 1993 to 1996 and was appointed the governor of Rajasthan in 2004. He breathed his last at around 11 pm at his Kirti Nagar residence in Delhi.

Shri Khurana was suffering from a chest infection and fever from last few days and was feeling breathless since morning of the day of demise. He had suffered a brain haemorrhage about five years ago and was ailing since then.

‘Khurana Ji will always be remembered for strengthening BJP in Delhi’

Prime Minister Shri Narendra Modi condoling his demise he tweeted “Anguished by the passing away of Shri Madan Lal Khurana Ji. He worked tirelessly for the progress of Delhi, particularly towards ensuring better infrastructure. He distinguished himself as a hardworking and people-friendly administrator, both in the Delhi government and Centre.” He added “Shri Madan Lal Khurana Ji will always be remembered for the manner in which he strengthened the BJP in Delhi. He made unwavering efforts towards serving the post-partition refugees in Delhi. My thoughts and solidarity with his family and supporters”.

BJP National President Shri Amit Shah condoled the BJP leader’s death. “Learnt of the unfortunate demise of former Delhi Chief Minister and BJP leader Madan Lal Khurana. He will be remembered as an ideal swayamsewak and a dedicated Vidhyarti Parishad worker and a strong pillar of the Jan Sangh and the BJP,” Shri Shah tweeted. He had a key role in strengthening the organisation in Delhi and was popular as the ‘lion of Delhi’, he said. “On behalf of crores of BJP workers, I convey my condolences to the family of Khurana ji and pray for peace of the departed soul,” Shri Shah said.

Transport Minister Shri Nitin Gadkari expressed grief over Khurana’s death, saying his contribution to the development of Delhi would be remembered.

Union minister Harsh Vardhan also offered his condolences. “My heartfelt condolences to the BJP parivar and the family of our beloved former chief minister of Delhi & veteran BJP leader Shri Madan Lal Khurana ji who passed away today after prolonged illness. My thoughts and prayers are with his near & dear ones. May his soul rest in peace,” he said.

Shri Madanlal Khurana was born on 15 October 1936 in Lyallpur, Punjab Province (British India) (now called Faisalabad in Punjab, Pakistan) to S.D. Khurana and Laxmi Devi. He was barely 12 when the family was forced to migrate to Delhi by Partition and began to piece its life together again at a refugee colony Kirti Nagar in New Delhi. He took his bachelor’s degree from Kirori Mal College under Delhi University.

After completing his post-graduation he became a teacher with Vijay Kumar Malhotra, at PGDAV (evening) College of Delhi University before deciding to enter politics. Madan Lal Khurana, Vijay Kumar Malhotra, Kedar Nath Sahani and Kanwar Lal Gupta founded the Delhi chapter of the Jan Sangh, which in 1980 transformed into BJP.

Shri Khurana was the Jan Sangh’s general secretary from 1965 to 1967. He dominated first Municipal Corporation politics and then the Metropolitan Council where he was the Chief Whip, Executive Councillor and Leader of the Opposition by turns. He along with Kedar Nath Sahani and Vijay Kumar Malhotra kept the party afloat in New Delhi for more than four decades spanning from 1960 to 2000. Apart from being Chief minister & governor he also served as Union minister in Atal Bihari Vajpayee led NDA government.