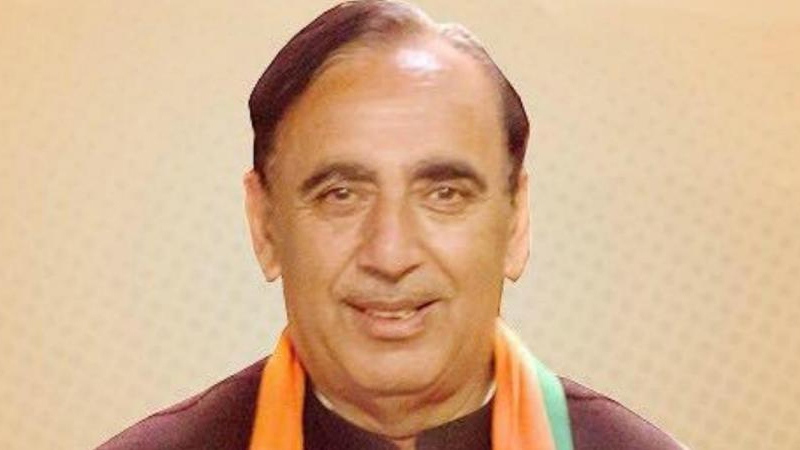 Former Himachal Pradesh minister and state BJP chief whip Shri Narendra Bragta, 69, died of post-Covid complications at Post Graduate Institute of Medical Education and Research, Chandigarh, on June 05, 2021. He is survived by his wife Pushpa and two sons.
Shri Bragta was elected to the state assembly in 1998 from Shimla constituency and re-elected in 2007 from Jubbal-Kotkhai. He was minister of state for horticulture (independent charge) from 1998-02 and horticulture, technical education and health minister from 2007-12.
BJP National President Shri Jagat Prakash Nadda, Himachal Pradesh Chief Minister Shri Jai Ram Thakur, former Chief Minister Shri Prem Kumar Dhumal, state Party President Shri Suresh Kashyap and Union MoS Finance Shri Anurag Thakur condoled the demise of Shri Narendra Bragta.
In his message BJP National President Shri Jagat Prakash Nadda said, “Extremely saddened to hear the news of the passing away of Jubbal Kotkhai MLA, former Himachal Pradesh minister, party’s chief whip and my colleague Narendra Bragtaji. We worked together both in the government and in the party. Bragta ji’s entire time was devoted to the development of the state and strengthening the organization”.
“His contribution to public welfare works and organization building is credible. His passing is an irreparable loss for Himachal and BJP. May God place the departed soul at his feet. In this hour of grief, I express my deepest condolences to the bereaved family members, well wishers and supporters. Om Shanti.”
Himachal Pradesh Chief Minister Shri Jai Ram Thakur described his death as a colossal loss to the party and the state.