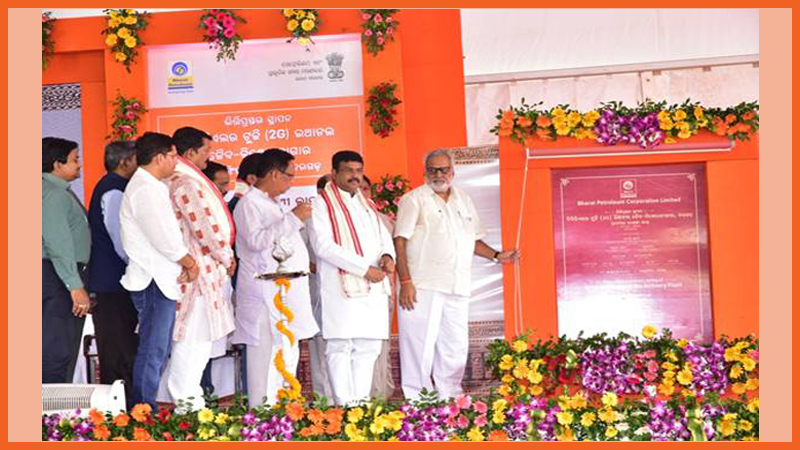 Shri Dharmendra Pradhan, Minister of Petroleum and Natural Gas & Skill Development and Entrepreneurship, along with several dignitaries were present on the occasion.

The Bio-refinery, the first of its kind to be set up, will have a capacity to produce three crore litres of fuel grade Ethanol annually using Rice straw as the feedstock.

Ethanol produced from this plant will be blended with Petrol. The cost of the project is around Rs 100 Crore. The National Biofuel Policy of India 2018 targets 20% Ethanol blending to Petrol by year 2030.

The Bargarh Bio-Refinery will utilize about two lakh tonnes of Rice straw annually as feedstock which will be sourced from nearby locations like Bhati, Ambabhona, Sohela, Burla, Lakhanpur, etc.