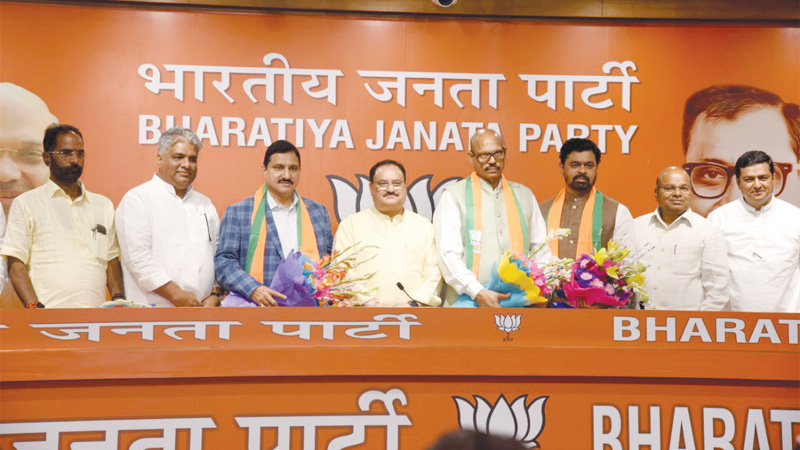 The four MPs submitted a letter to Rajya Sabha Chairman and Vice-President Shri M. Venkaiah Naidu seeking that they should be recognized as a separate group.
In a resolution, they wrote, “Inspired and encouraged by the impeccable leadership of Shri Narendra Modi ji and the developmental policies being pursued by him in the overall interest of the nation, we have decided to merge with the Bharatiya Janata Party with immediate effect.”

Welcoming them into the party, BJP Working President Shri JP Nadda said, “I assure them that our party believes in politics of positivism, inclusiveness. We will move forward with Sabka Saath, Sabka Vikas aur Sabka Vishwas.”

The exit of four MPs comes as further bad news for an already beleaguered TDP, which won only 3 out of 25 Lok Sabha seats and 23 out of 175 Assembly seats in Andhra Pradesh in the recently-concluded elections.