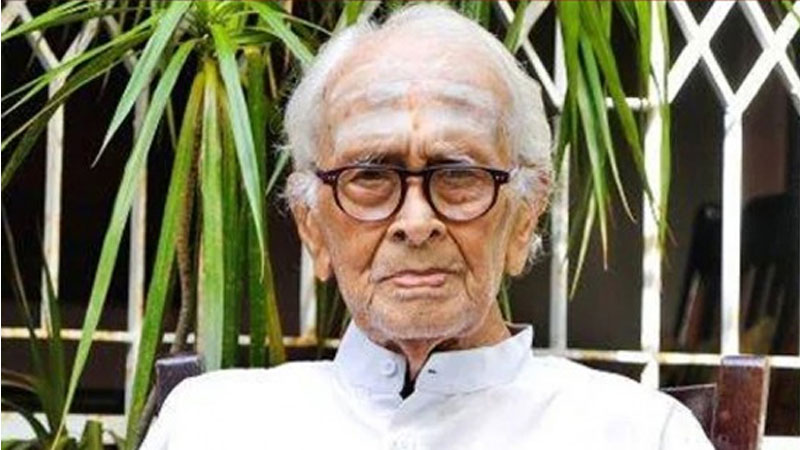 Freedom fighter and veteran BJP leader Shri K Ayyapan Pillai passed away in Thiruvananthapuram, Kerala on January. 05, 2022 . He was 107.

Shri Pillai served as Thiruvananthapuram municipal councilor in 1942 and later joined BJP. He was a member of Sree Moolam Praja Sabha and was one of the oldest members of Bar Council of India.

Following the demise of Shri Pillai, National President of Bharatiya Janata Party Shri Jagat Prakash Nadda tweeted, “Saddened to know about the demise of veteran freedom fighter and senior leader of @BJP4Keralam Adv. K. Ayyappan Pillai Ji. He selflessly dedicated his entire life in the service of the society. My thoughts are with his family and admirers. Om Shanti.”

After being advised by Mahatma Gandhi to enter politics, Shri Pillai contested election as an Indian National Congress (INC) candidate from Thiruvananthapuram in the newly formed Legislature of Travancore .

He was also an active participant in the Quit India Movement, and was in fact advised by Mahatma Gandhi to enter electoral politics.

Shri K Ayyapan Pillai joined in the newly created Bharatiya Janata Party in 1981 and has since then remained behind the scenes in Kerala and the region’s politics. Kamal Sandesh Parivar extends its heartfelt condolences to the bereaved family & friends.