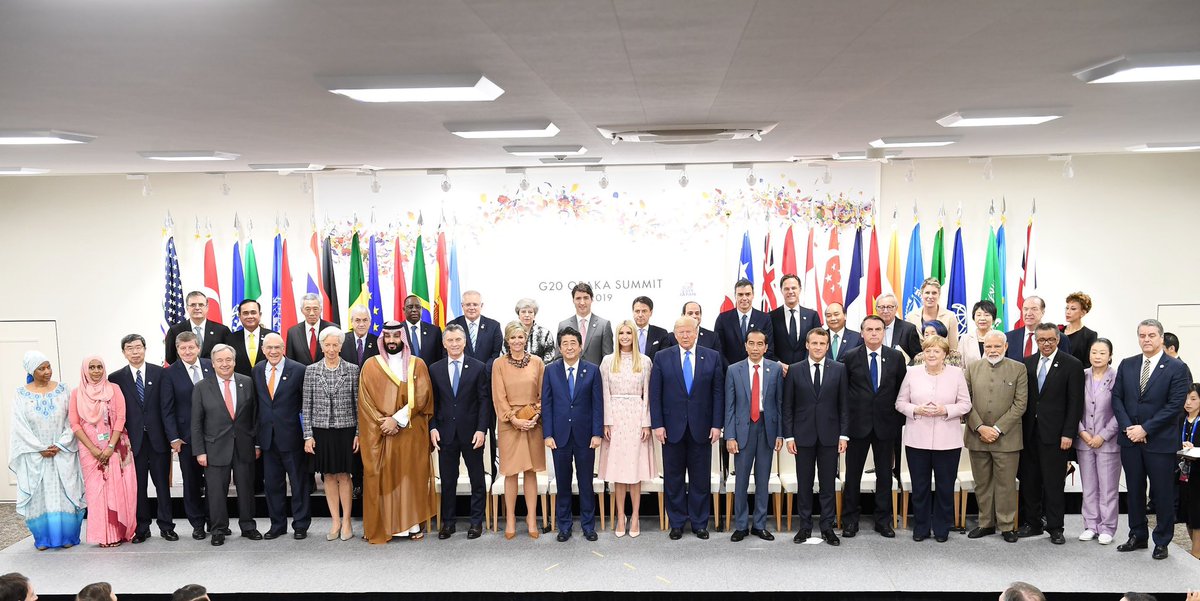 “India played a proactive, positive, forward-looking role. PM raised many issues of global concerns”, Suresh Prabhu, India’s Sherpa at the meeting of the world’s top economies, said at a presser at the end of the G20 summit.

On disaster resilient infrastructure, PM Shri Modi said, “disaster resilient infrastructure is required not only for development, but it is also necessary to combat natural calamities. In this regard, I stressed upon the need of an international coalition in the G20 Conference of Buenos Aires. I invite the G20 countries to join this coalition and share their experience and expertise.”

Healthcare was also one of PM Modi’s focus at G20, with him talking about India’s “Ayushman Bharat”, the world’s largest health insurance scheme, and “AYUSH – Alternate & Traditional System of Medicine”.

PM Shri Modi also presented his vision of maximizing digital technology for society during his intervention at G20 on Digital Economy and Artificial Intelligence. He presented the “5 Is” which are – “Inclusiveness, Indigenization, Innovation, Investment in infrastructure and International cooperation.”

When asked why India did not join the Japan-led pact on data free flow, Prabhu said, “PM has communicated the reason to PM Shinzo Abe.”

During his bilateral and BRICS meet, PM Shri Modi raised the issue of terror. On PM’s suggestion of an international conference on terror, Ministry of External Affair Spokesperson Raveesh Kumar said, “it is an issue which impacts mankind.. whenever PM has raised the topic with world leaders and in a multilateral format, there has been considerable interest and enthusiasm.”