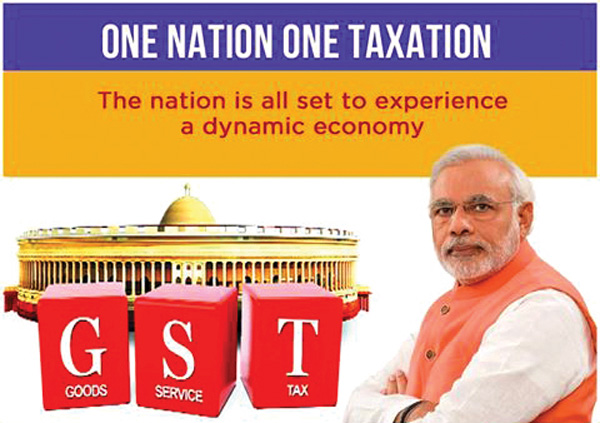 GST is changing the way businesses is being done in India. For the consumer, it will reduce prices, for the Government it would mean increased revenue collection and creation of a simpler system to administer through GST network (GSTN).

It is now 100 day that Goods and Services Tax (GST) has been successfully rolled out. It is a landmark reform that will transform Indian economy by creating One Market One Tax. Agriculture sector and manufacturing sectors were reeling under fragmented markets. In addition manufacturing sector was bogged down by multiplicity of taxes and lack of Ease of Doing Business (EODB). Complexity of indirect taxes, inspector raj, harrasment of registration and filing returns physically and running around for assessment & refunds and corruption thereoff, have all been removed. The process is online transparent and automatic.

GST is changing the way businesses is being done in India. For the consumer, it will reduce prices, for the Government, it would mean increased revenue collection and creation of a simpler system to administer through GST network (GSTN).

Conceptually, GST does away with the multiplicity of tax structures subsuming about 13 central and state taxes. We are looking at an objective, online, transparent and compliant tax system.

The complete online structure of GST Network, after full implementation, by December 2017, will bring EODB. Once, initial transactions are uploaded into the system, either online or even offline, other informations will be transmitted automatically. With registration, returns, assessment and refund without tax personnel intervention, the day to day life of businessmen will become hastle free.

Demonetisation has pushed people to move business transactions to banking channels, establishing audit trail. This has been a prerequisite for successful implementation of GST. Once the full benefits of GST, such as Input Tax Credit (ITC) and removal of the cascading effects of tax from Maximum Retail Price (MRP) are implemented, consumer prices will come down. With better tax compliance, government can lower indirect tax rates. This indication has already been given by Union Finance Minister.

There has been some criticism on some issues regarding implementation of GST. There is also lot of misinformation being circulated on social media, therefore we should be careful about them. Many people are quoting wrong figure of Rs 65000 crores as ITC demand, although the returns for claim of ITC has not yet been filed. All these assumption of demand of tax credit are based on Interstate GST figures (IGST) alone and wrong estimation.

Current government is the most proactive government the country had anytime. We are never in denial mode. Prime Minister has his ears to the ground and is always ready to listen and adopt. Prime Minister very graciously indicated at the Institute of Company Secretary (ICSI) function, about the changes in GST laws to accommodate some of these demands.

The 22nd meeting of GST council brought in major changes making GST more people friendly with active public participation, these changes will give major boost to EODB for small and medium entrepreneurs and will unlock new possibilities for these entrepreneurs. These changes will also provide significant relief to the exporters. Council has revised GST rates favourably on 27 items of common use in textiles, manufacturing sector including various yarns, parts of diesel engines, pumps etc. These steps will definitely empower farmers and poor sections of society.

Increasing the turnover threshold for composite scheme from Rs 75 lacs to Rs 1 crore will give further relief to the small businesses. Difficult provisions with regards to Tax Deducted at Source (TDS) and Tax Collected at Source (TCS) have been put on hold and will be operationalised from 1st April, 2018. Even the services provided by goods transport agencies to unregistered persons have been exempted from GST, one of the major demand from transport sector. Demand for suspension of Reverse Change Mechanism (RCM) has been agreed upon and RCM under CGST and IGST have been suspended till 31st March 2018. Now there is no need to pay GST at time of reciept of advances on sale of goods for taxpayers with turnover up to Rs 1.5 crore. Small service providers with trunover of less than Rs 20 lacs per annum have been exempted from registration even if they are providing inter-state taxable services.

Finance Minister Shri Arun Jaitley said at an international forum that, under GST the government has unveiled attractive schemes to ensure that the non-compliant in India become compliant. The obvious problem for some, in the GST, is that the noncompliant are going to eventually come in to the tax net. Data has shown that almost 95 % of the tax is just being paid by 400,000 accesses. And there is a need to continue to expand the tax base at the bottom itself. This is what demonetization and GST is accomplishing.

He further said that, ‘India’s transition to the GST regime has been fairly smooth despite attempts by ill-informed opposition leaders to derail its implementation’, he further said that, ‘Many attempts have been made by political groups to derail the GST, but I am glad that their own state governments are not listening to them because they know 80 % of the money from GST is going to come to states’. Even the states are being encouraged towards competitive federalism and the government is also taking up the ranking of state based on EODB.

The GST Council is India’s first genuine federal institution, which meets every month, reviews the monthly situation and takes the final decisions. The global integration of the Indian economy is happening at a time when other economies are becoming more and more protectionist. India is now a better place to do business, because of the series of steps being taken by the government in the last three years. We are sure that with mega structural reforms like GST being, implemented India is now capable of taking big decisions and implementing them at a large-scale.

(The writer is BJP National Spokesperson on Economic Affairs)