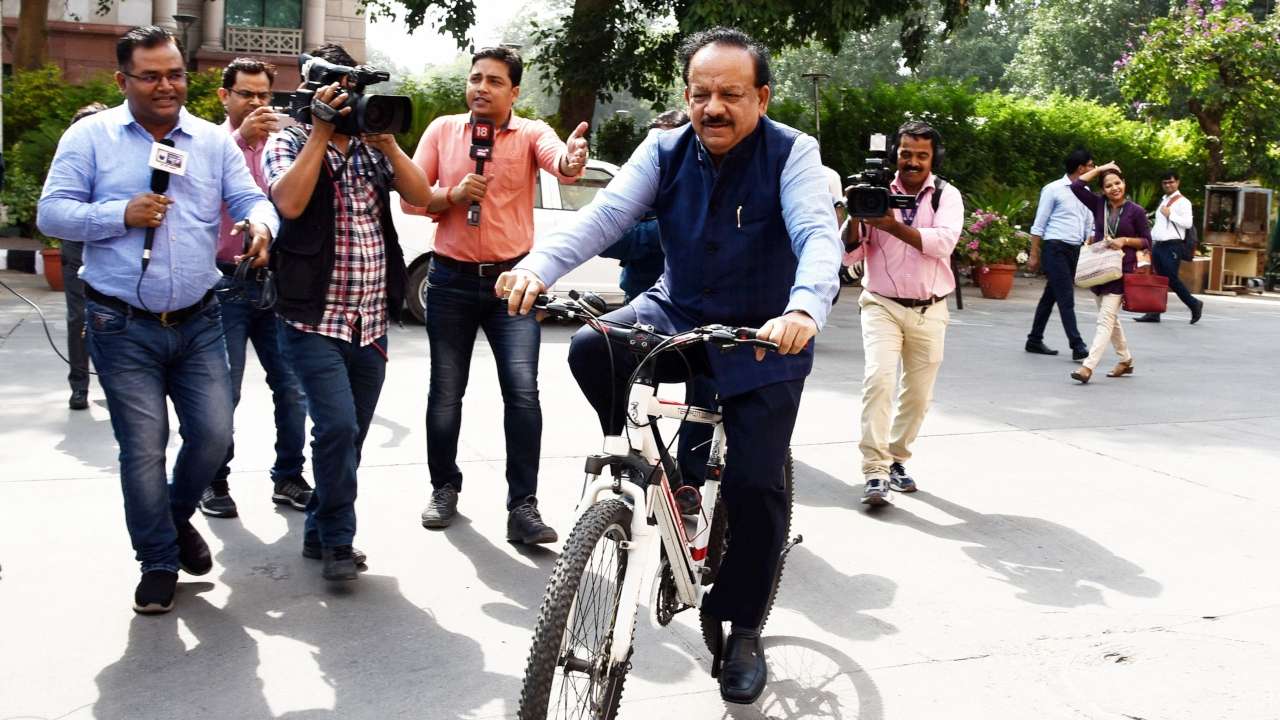 Bharatiya Janata Party (BJP) senior leader Shri Harsh Vardhan on Monday took charge as the Union Health Minister. On his first day at work as the health minister, Shri Harsh Vardhan reached his office on a cycle and said that his priority will be to strengthen the implementation of the Ayushman Bharat-Pradhan Mantri Jan Arogya Yojna (PM-JAY).

Today also happens to be the World Bicycle Day. To observe the day, he tweeted that cycling is his “favourite sport”.

Shri Harsh Vardhan said he will ensure that people in every nook and corner of the country are able to avail the benefits of the scheme. He also said that many still are not aware of the scheme.

“Since the launch of PM-JAY, around 27 lakh people have availed the benefits under the scheme. However, still many people are not aware of it. Some people who are in dire need of the benefits provided under the insurance scheme are not able to avail it due to eligibility criteria issues,” Shri Harsh Vardhan said.

Next on his priority list, he said, is to complete the unfinished target of transforming nearly 1.5 lakh primary health centres and sub-centres as ‘health and wellness centres’ by 2022 to provide comprehensive and quality primary care close to the community.

Shri Harsh Vardhan said, “I am thankful to Prime Minister Narendra Modi for trusting me and giving me this responsibility. The health of the people of this country is the top priority of Modi government and we will make every effort to achieve healthcare for all.”