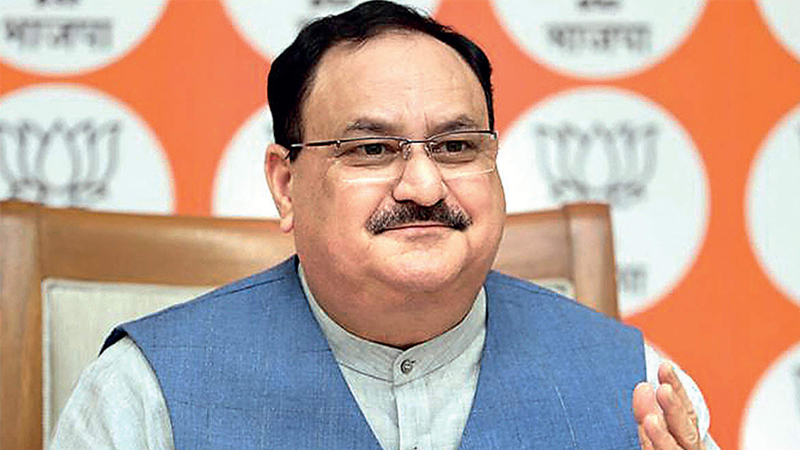 PM interacts with health workers & beneficiaries of vaccination in Himachal

Under the leadership of Prime Minister Shri Narendra Modi, India is constantly crossing milestones and making great achievements in its fight against the Corona pandemic. In a press release BJP National President Shri Jagat Prakash Nadda said till 31 August, 2021 India is No. 1 country in vaccinating its citizens and in less than 200 days we have crossed 64 crore vaccination mark. It is a major step towards achieving the target of vaccinating all our citizens above the 18 years of age by the end of December this year. The pledge and strong commitment of our Prime Minister Shri Narendra Modi to administer free vaccine to all citizens is getting realized with each passing day.

Shri Nadda said, “Under the guidance and leadership of Prime Minister Shri Narendra Modi our vaccination drive against the Corona virus is going on in full pace. Himachal Pradesh has become the first state in India where people above 18 years of age have received at least one dose of vaccine. I feel proud and humbled for this achievement and I heartily congratulate Himachal Pradesh Chief Minister Shri Jairam Thakur, State Health Minister Shri Rajeev Saijal and entire health department and team for this remarkable performance. I also congratulate the people of Himachal Pradesh who come forward and played important role in defeating the Corona virus in the state. The people of Himachal Pradesh have also given message to the world that if there is will-power and commitment to achieve something than no task is impossible”.

He said under the leadership and guidance of the Prime Minister, India has shown the world how to conquer over the Corona pandemic. On August 27, 2021 India set a record by vaccinating over one crore people on a single day. No country in the world so far has been able to achieve this. On a single day we can do full vaccination of countries like Switzerland, Sweden, Austria, Israel, Denmark, New Zealand and also Scandinavian countries.

Shri JP Nadda said, “It is a matter of great achievement and satisfaction to give over one crore Corona vaccine doses on a single day and it speaks volumes about our robust health system. We are capable of administering 1 crore vaccine doses in one day through our 63,000 vaccination centers spread across the country. I congratulate all frontline workers, nurses, doctors, and healthcare workers besides health officials and administration for making this impossible task possible. Under the leadership and guidance of PM Shri Narendra Modi the BJP government at the Centre is highly committed to vaccinate each and every citizen of our country and to win the war against Corona”.

The BJP National President said India’s vaccination drive has achieved one and half times more than what the US has achieved so far. In India the number of vaccines administered so far is more than population of many countries. All these figures reflect the commitment, capabilities and potential of ‘New India’.

PRODUCTION OF CORONA VACCINE IS WAY AHEAD THAN CONSUMPTION

He said India has shown to the world how Prime Minister Shri Narendra Modi took all Indians together in waging a decisive fight against the Corona virus. India has shown the world its true grit, commitment and discipline in defeating the Corona pandemic. Today, the production of Corona vaccine is way ahead than the consumption and all the states have adequate amount of vaccines with them. We are fully confident that by the end of this year we will be successful in vaccinating every citizen of the country.