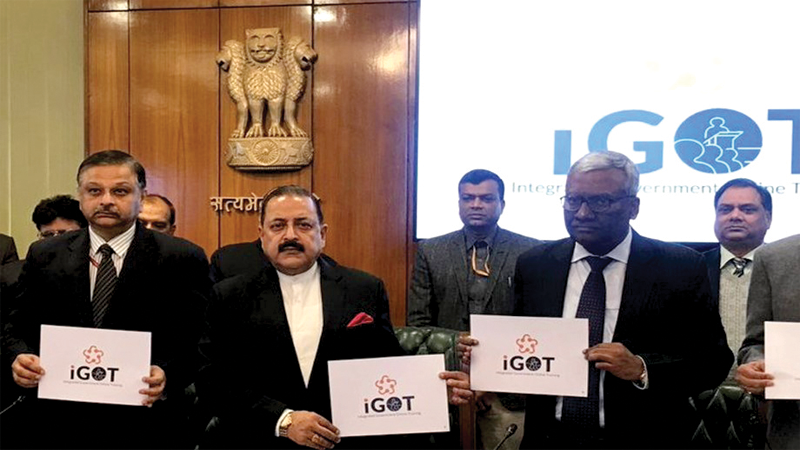 On the occasion, RTI Portal on Judgments/Orders of Supreme Court, High Courts and CIC, was also launched that will provide a learning environment for all stakeholders under which a repository on the landmark cases on the RTI will be available at one place.

Speaking on the occasion, Dr Jitendra Singh said that Ministry of Personnel has undertaken various initiatives in the last four and a half years. He said that the launch of these initiatives on the eve of Good Governance Day shows Government’s commitment to ‘maximum governance, minimum government’. He also spoke about the initiatives taken by DARPG. He said that during the last four years, the participation of districts has increased in the Civil Services Day awards, which has transformed the whole process. Commenting on the RTI Portal on Judgments/Orders of Supreme Court, High Courts and CIC, he said that this is an extension of online RTI mechanism that is available to the users. Speaking on the improvements made by DoPT in the training programmes, the Minister said that the training programmes of India are now being acknowledged worldwide. He further said that ‘Anubhav’ initiative of the Ministry is a good base for research activities and now the department is in the process of preparing a manual based on these write-ups. The Minister also urged the state Governments to adopt these initiatives towards good governance and improved training techniques.

The National Training Policy-2012 mandates that all civil servants will be provided with training to equip them with the competencies for their current or future jobs. The current structure of training for Government servants including domestic and foreign training is mostly available to very small section of the government servants. However, consequent upon some recent initiatives undertaken by Department of Personnel and Training, Government of India aimed at providing training to cutting edge level functionaries in the Central/State Governments, significant changes have taken place. The outreach of the existing training setup is very limited in view of the large workforce employed in various States/UT Governments. The Integrated Government Online Training Programme (iGOT) launched by Minister will augment the existing training mechanism with online module-based training coupled with certification. This will make training inputs available to government servant on site and on flexitime basis. Furthermore, the training will be focussed and targeted to the requirement of the officials.