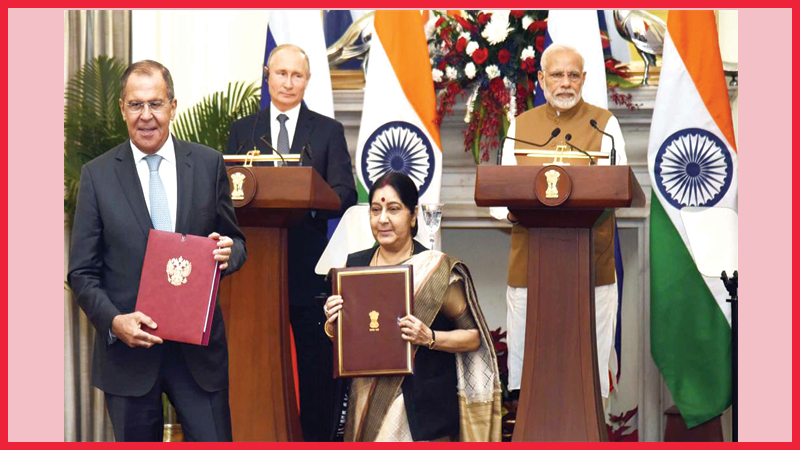 Cooperation between India and Russia spans across the whole gamut of sectors and rests on the fundamental pillars of political and strategic cooperation, military and security cooperation, cooperation in the spheres of economy, energy, industry, science and technology, and cultural and humanitarian cooperation.

During the summit crucial MoU was also signed on India’s ambitious human space mission project Gaganyaan. During the summit India finalized a Rs 39,000-crore deal for five S-400 Triumf air defence missile systems with Russia. The deal has been inked despite the objection by the US, which has slapped sanctions on Russia, about the purchase of the missile systems capable of knocking down jets, missiles and unmanned aerial vehicles at a range of 400km.

India and Russia have also reached an understanding on the setting up of a nuclear power plant with six light-water reactor units at a second site, going beyond Kudankulam in coastal Tamil Nadu where two reactors set up jointly by the two sides are currently in operational stages and four more units are slated to come up.

Both also agreed to step up cooperation in combating the menace of terrorism and drug trafficking.

–Memorandum of Cooperation between the Indian and Russian Railways