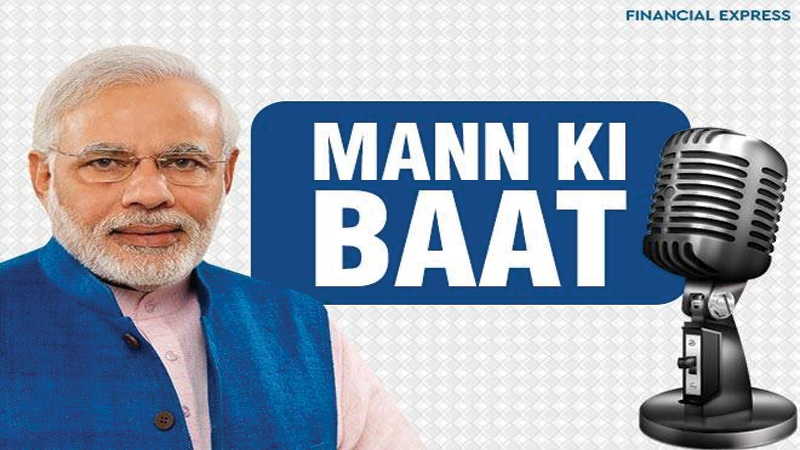 India stands firmly with country’s brave soldiers and security forces, Prime Minister Shri Narendra Modi said on October 25 as he urged people to light a lamp for soldiers while celebrating festivals amid the novel coronavirus pandemic.
Addressing the nation through his monthly radio programme ‘’Mann Ki Baat’’, PM Modi said “The soldiers are serving the nation away from their family as they guard the country’s borders to ensure that the people in the country are safe from external threats”.

“Lots of festivals like Eid, Diwali will take place at this time of the year. During these festivals, we also have to remember our brave soldiers who have also stood at the borders. We have to light a lamp at home, in honour of these brave sons and daughters of Mother India,” PM Modi added.

He urged people to celebrate festivals with restraint and to remember the resolve of ‘’vocal for local’’ while shopping.

“Not only is the popularity of khadi rising, it is also being produced in many places of the world. There is a place in Mexico called Oaxaca, there are many villages in this area where the local villagers weave khadi. Today the khadi of this place has gained popularity by the name Oaxaca khaadi. How khadi reached Oaxaca is no less interesting. In fact a young person of Oaxaca, Mark Brown once watched a movie on Mahatma Gandhi. Brown got so inspired by watching this movie on Bapu that he visted Bapu’s ashram in India, understood him and learnt about him in depth. It was then, that Brown realised that khadi was not just a cloth; it was a complete way of life. Brown was deeply moved by the way khadi was intertwined with the rural economy and self sufficiency. It was here that Brown resolved to work on khadi on his return to Mexico. He introduced the villagers of Oaxaca in Mexico to khadi and trained them. And now Oaxaca khadi has become a brand. The website of this project bears the inscription ‘the symbol of Dharma in motion’. You can also find a very interesting interview of Marc Brown on this website. He narrates that initially the people were wary of khadi but ultimately they got interested and a market got ready for it. He states that these are matters related to Ram Rajya, when you fulfill the needs of the people, the people start connecting with you.”

He added, “Previously, a large number of people used to gather in Durga Pandal for darshan of Goddess Durga. It was afair like atmosphere. But this time it did not happen. Earlier, big fairs were also held on Dussehra. But this time their form is also changed. The festival of Ramleela was also a big attraction, but there are some restrictions for it also. This time all large gatherings are banned. There will be Eid, Sharad Purnima, Valmiki Jayanti, Dhantesras, Diwali, Chhatth Pooja, Guru Nanak Dev Jayanti festival in coming days. During this corona crisis, we have to work with restraints,” he added.

He said “My dear countrymen,Pulwama in Kashmir is playing an important role in educating the entire country. Today, when children all over the nation do their homework, or prepare notes, somewhere behind this lies the hard work of the people of Pulwama! The Kashmir Valley meets almost 90% demand for the Pencil Slats, timber casings of the entire country, and of that, a very large share comes from Pulwama. Once upon a time we used to import wood for pencils from abroad, but, now our Pulwama is making the country self-sufficient in the field of pencil making. In fact, these Pencil Slats of Pulwama are reducing the gaps between states! Chinar wood of the valley has high moisture content and softness, which makes it most suitable for the manufacture of pencils. In Pulwama, Oukhoo is known as the Pencil Village. Here, several manufacturing units of Pencil Slats are located, which provide employment, and, in these units, a large number of women are employed.”