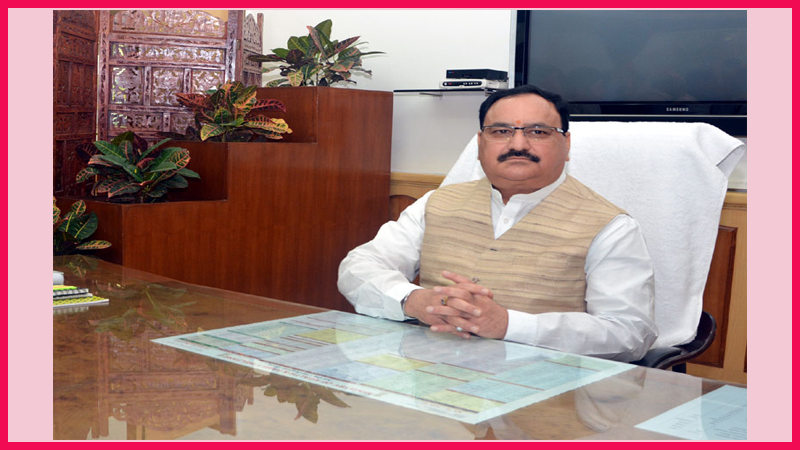 Flowing from Prime Minister Narendra Modi’s visionary leadership, the National Health Policy 2017 was formulated to achieve the highest possible level of good health and well-being, and universal access to good quality healthcare services without anyone having to face financial hardship as a consequence. A step towards fulfilling the vision of the National Health Policy 2017, Ayushman Bharat is a pioneering initiative to adopt a continuum of holistic approach to healthcare, comprising two principal pillars.

First is the creation of 1.5 lakh health and wellness centres, which will bring healthcare closer to the homes of people. The second pillar is Pradhan Mantri Jan Arogya Yojana (PMJAY) which will provide health protection cover to poor and vulnerable families. Ayushman Bharat will be implemented at an unprecedented scale to bring about a paradigm shift in healthcare.

The launch of PMJAY within the next few days will be historic as it will ensure access to healthcare to more than 10 crore poor and vulnerable families in India who have hitherto been left out of the healthcare system and the development story of the country. As the largest targeted health assurance scheme in the world it presents the opportunity, and together with it the challenge, of providing secondary and tertiary medical care to over 50 crore poor and deprived Indians – a population almost equal to that of Europe or the combined population of US, Canada and Mexico. Beneficiaries under PMJAY will be entitled to a medical cover of up to Rs 5 lakh per family per year.

Through entitlement under this scheme the poor will now no longer have to struggle with the financial trouble of illness, can avoid falling into moneylenders’ trap, and save their families from dire impoverishment. According to the most recent national survey, around 5 crore people in India are pushed below the poverty line due to high out-of-pocket health expenditures.

Disease is deeply debilitative with the potential to handicap a person’s abilities to provide for himself and his family, pushing the whole family into crushing poverty. Considering this, PMJAY has taken up a holistic approach covering secondary and tertiary medical care (including pre- and post-hospitalisation) to help the poor realise their dreams of receiving quality medical care. The scheme will strive to remove the mental and economic burden of paying for the medical treatment by reducing catastrophic expenses and to create a cashless and paperless process for receiving treatment.

PMJAY will revolutionise healthcare in many ways. First, it marks a significant movement towards the government’s promise of sabka saath sabka vikas, of taking every Indian along. Second, it brings to the fore health as the focus of our policy agenda, making it one of the flagship initiatives of the BJP-led government.

Third, it will bring together a whole range of stakeholders and pave the way for opening new hospitals, clinics and diagnostic labs in tier II and III towns. An enhanced network of hospitals will spur demand for a large number of jobs for doctors, nurses and other staff in the near future. PMJAY will be disruptive as it will expand the supply side by improving access to private as well as public healthcare services.

Fourth, the initiative will also lead to the creation of a whole cadre of certified frontline health service professionals called Pradhan Mantri Aarogya Mitras (PMAMs) across the country. The PMAMs will be the primary point of facilitation for the beneficiaries to avail treatment at the hospital and, thus, act as a support system to streamline health service delivery. In addition, MoU has been signed with Common Service Centres (CSCs) for beneficiary identification, with over 3 lakh service centres for identifying beneficiaries.

Finally, PMJAY has the potential to become one of the best examples of cooperative federalism in the democratic world. Its successful implementation will be based on a solid partnership between the Centre and states. So far, 26 states have signed MoUs with the Centre and more are expected to come on board. PMJAY will also exemplify smooth functioning and consolidation of different technology tools, for Indian healthcare to take its great leap forward.