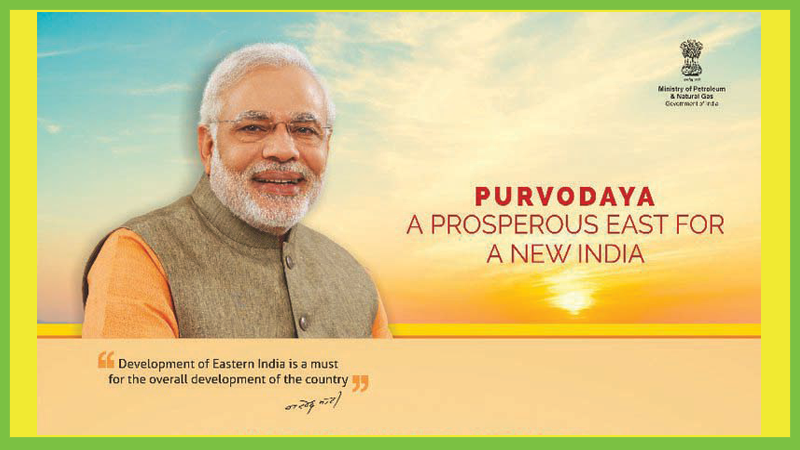 Odisha in the 70s – the years of my childhood – was a place of much enchantment and innocence even as it was characterised by crumbling infrastructure, potholed roads and shoddy bridges. The same held true for most of the east and northeastern region (NER). Undoubtedly, much has changed since. However, it seems to me that the region remains pulsating with unmapped potential even as the rest of the country has moved forward.

If India’s eastern and northeastern flank (Assam, Arunachal Pradesh, Meghalaya, Mizoram, Manipur, Nagaland, Tripura, Sikkim, Odisha, Jharkhand, Chhattisgarh, Bihar and Bengal) were to be a country it would be the fifth largest bauxite producer, the seventh largest coal producer and the fourth largest iron ore producer in the world. Moreover, the east and NER has a young population while southern and western India is seeing an ageing population, in fact at a rate comparable to that of European nations.

To take advantage of these opportunities the need of the hour is to equip the population with market relevant skills aligned to our current needs. Our attempt is to provide the physical and intellectual infrastructure to empower youth. Around 2,578 ITIs with seat capacity of 6.18 lakh have been set up for 13 of these states. Additionally, for those seeking shorter training courses, there are more than 900 training centres spread across these regions offering courses under our flagship Pradhan Mantri Kaushal Vikas Yojana.

We have also established 154 Pradhan Mantri Kaushal Kendras to serve as multi-skill centres of excellence, with employment and self-employment linkages. Alongside, we have six National Skill Training Institutes in the region to drive training of trainers’ programmes; and an Indian Institute of Entrepreneurship to promote the “animal spirits” of entrepreneurial motivation for local youth. Further, towards recognising the diversity and uniqueness of our heritage we are pushing for certification of local artisans and craftsmen. We recently established a Skill-cum-Common Facility Centre in Cuttack to upskill and support the local filigree artisans and to provide training in this world-renowned art form to anyone interested.

Prime Minister Narendra Modi has justifiably declared that the growth of India is incomplete without the development of the east and NER. This conviction is articulated through the vision of Purvodaya – or re-emergence of the east – consisting of a range of policy reforms that fundamentally change the drivers of development in the region.

While we often disagree on many issues, central and state governments must work together for development to reach the people. We have walked the talk with implementation of the 14th Finance Commission (FC) recommendations. In an unprecedented change of tax devolution the share of east plus northeast India in the divisible pool of Union taxes is 35.75% of the total pool, a big jump from 13th FC recommendations. States like Odisha have seen a quantum jump of tax devolution at 42% from the 32% recommended by 13th FC. Moreover, in the past two years, of the total number of LPG connections that have been released under PMUY more than half – 2.76 crore new connections – have gone to the east and NER.

To consolidate a trade platform in the region, work is ongoing as part of a $20 billion investment in Paradip and Dhamra ports, in areas like refinery, petrochemical, LNG terminal, a multimodal logistics park and port expansion. For energy security, work on the ambitious 2,655 km Jagdishpur-Haldia & Bokaro-Dhamra Natural Gas Pipeline (JHBDPL) project – also known as the ‘Pradhan Mantri Urja Ganga’ project – is proceeding at full speed. GAIL is implementing the 721 km Barauni-Guwahati Pipeline (BGPL) to connect NER with the national gas grid.

JHBDPL to be commissioned by December 2020 and BGPL by December 2021 will witness much developmental work across the length of the pipelines. There will be synchronised development of city gas distribution in Varanasi, Patna, Ranchi, Jamshedpur, Bhubaneswar, Cuttack and Kolkata as well as revival of three fertilizer units along the pipeline route. Additionally, some oil PSUs have signed an MoU to develop a gas grid system with a pipeline of 1,500 km within NER.
I hope that in looking at our larger eastern region – which has much to offer in terms of a young demography, economic and trade opportunities, leapfrogging capabilities and human and natural resources – we see a region that has begun the journey of becoming what it is meant to be, where its people exude well-being.