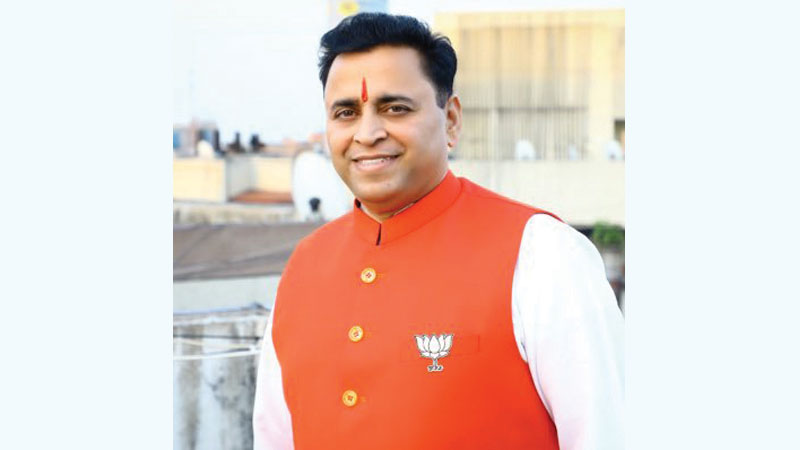 Prime Minister has maintained regional balance, has given justice to social fabric, inducted highly qualified professionals and improved gender equality. A perfect blend of youth and experience, the reshuffle was well accepted and appreciated across all the sections of political spectrum…

Prime Minister Shri Narendra Modi expanded his cabinet last month. He elevated seven ministers and inducted thirty-six new faces. This was much awaited cabinet expansion midway in his second term. The expansion was under close scrutiny of media, opposition and general public at large. After the names of the new ministers were announced, it was evident that a lot of thought had gone into it. Prime Minister has maintained regional balance, has given justice to social fabric, inducted highly qualified professionals and improved gender equality. A perfect blend of youth and experience, the reshuffle was well accepted and appreciated across all the sections of political spectrum.

With a view to achieve this objective a mega exercise has been planned under the name of “Jan Ashirwad Yatra”. The ministers were asked to remain in Delhi till the Independence Day. Hence the Yatra is planned from 16th August for a period of minimum 3 days to 5 days. During this period ministers will start yatra in his state and travel through a pre-decided routes. Many activities like meetings, visits are going to take place in the course of yatra. The yatra will culminate in native towns of the ministers.

The concept of yatra is very clear. The ministers as a representatives of the central government will meet people from various sections of the society during the course of this yatra. They will apprise general public about various government schemes. They will meet the beneficiaries of the schemes, will hear from them about their perception of the government, their experiences etc.

The ministers will meet ex-soldiers, relatives of doctors who have given their supreme sacrifice fighting corona, students, farmers, women and other social groups.

The ministers will meet ex-soldiers, relatives of doctors who have given their supreme sacrifice fighting corona, students, farmers, women and other social groups. They will convey to them about the government schemes, listen to their problems and tell them how the BJP government has made it possible.

The planning for this yatra is being meticulously done. Micro level planning has given importance to the participation of grassroot level workers. These workers will not only get a chance to prove themselves but also get a first-hand experience of planning and execution of big events. They will also get an opportunity to meet the union ministers.

Such type of activity is first of its kind in the history of post-independence India. These meetings of ministers and common people will go a long way in developing a wonderful communication between the common man and the government.

For this yatra, various small activities have been identified and the same will be headed by one senior party worker assisted by juniors. These activities include visit to temples, garlanding of statues, visit to covid care centres, visit to vaccination centres, visit to ration shops etc. Further back-office work such as managing publicity material, security, logistics, interaction with local police, getting permissions from relevant authorities will be carried out by the party workers. The activity involves team work of a booth level worker to the MP. The entire operation will be supervised by a senior leader who will be in charge of this yatra. Central leadership will keep track of the yatras

Each yatra is planned for a maximum distance of 500 kilometers. It will have a pre-planned route and each day the yatra will travel maximum of 100-120 kilometers.
Local party workers will identify beneficiaries of the various government schemes and they will arrange a meeting of small groups with the ministers.

By the very name it suggests that the minister is seeking blessings of the people. It is for them that s/he is allotted a portfolio.

Each yatra will be a mega event. It will be covered in print media, electronic media, social media, popular YouTube channels, local cable network etc. These yatras are being planned to create an atmosphere of positivity in the gloomy times of the pandemic. Needless to say, during the course of yatra all Covid related protocols will be strictly followed and adhered to.

This yatra will provide all party workers to show their organizational skills. Each activity of this yatra will be headed by its in-charge and his deputy. They will have their work cut out and minute to minute planning is being made to make this mega event successful.

The best way to counter false propaganda of the opponents is to reach out to the people who matter the most in a democracy. There are various schemes Introduced by this government for the benefit of the last man in the society. Due to shadow of Corona pandemic that is looming large over a period of last 18 months many are facing challenges of basic survival. Modi government has done many remarkable things to enable them to face this serious challenge.

The yatra is planned to be concluded in the hometowns of the ministers. However, once the yatra is over the back-office work starts. It is very important to create audio visual documentation of the activities that have been taken place. This will be an excellent blueprint for the similar future events.

To conclude, one can say that the party is fully geared up under the able leadership of the President Shri JP Nadda to fulfill the dream of Prime Minister Shri Narendra Modi and to make these yatras a grand success.

(The Writer is National Secretary of BJP)