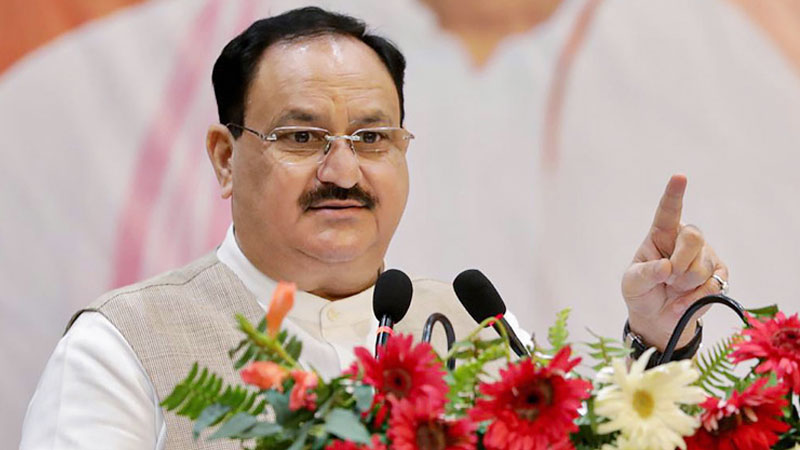 SPECIAL Article ON THE BIRTHDAY OF PM SHRI NARENDRA MODI

The concept of Jan Bhagidari (people’s participation) implies the role of the collective in implementing policies. Harnessing the power of the people has been the central aspect of implementing the PM Modi-led government’s policies in India. PM Modi has shown the benefits of tapping into this power by motivating the masses to do their bit, to check when something is going wrong, flag issues to the government during the implementation of policies and motivate others to aid governance.

PM Modi has undeniably been successful
to motivate the masses to go the last mile.
People have answered his clarion calls not
once or twice but multiple times for converting
policies on paper to success in reality

Jan Bhagidari is incomplete without the continuous process of Jan Samwad (dialogue with the people). The essence of true participative governance rests on holding regular interactions with the people to understand ground realities, followed by policy papers based on the analysis of the issues with suggestive measures to tackle them. This is ideally followed by feedback from the people and beneficiaries based on which the policy is then implemented.

The government has taken extensive care to maintain this dialogue between the people and the government to empower and improve people’s lives. A fitting example of this is the PM Fasal Bima Yojana. Launched by PM Modi in 2016 after combining two major schemes for crop insurance and ensuring sustainable agriculture, it was relaunched in 2019-2020. The revised scheme is a unique culmination of farmers’ feedback, thus covering a variety of concerns — a true illustration of the power of dialogue used for transformative change.

PM Modi has undeniably been successful to motivate the masses to go the last mile. People have answered his clarion calls not once or twice but multiple times for converting policies on paper to success in reality. When put in numbers, the numerical and data-driven success of schemes can seem flat or unidimensional. However, the beauty in the schemes envisioned and implemented by PM Modi is in their multi-dimensionality. His words are a testament that he thinks in terms of the holistic development of the people, leaving no soul in the journey of holistic development.

As a leader, PM Modi’s resolution to involve every citizen in policies and benefits to reach all is consistent throughout his vision and governance. For example, the issue of open defecation was addressed by PM Modi in his first Independence Day speech as PM. He asked citizens to take part in the Swachh Bharat Abhiyan. A mass movement that has now culminated into over 100,00 open defecation-free-plus villages and more than 110 million toilets in just 60 months, a feat that has amazed the world. Though it might seem like a cleanliness mission, it has also ensured dignity and safety for women, saved the lives of children and prevented many girls from dropping out of school.

Take another example of the Jal Jeevan Mission, ensuring over 100 million tap water connections in villages. In the PM’s words, “the success of Jal Jeevan Mission is based on people’s participation, partnership with all stakeholders, political will and optimum utilisation of all resources.” The delivery of such basic needs of the people is now a reality. Women don’t need to travel hours to fetch water, and diseases spreading through contaminated water have been curbed while also providing ease of living to rural families.

Yet another proof of the strength is the over 2 billion Covid-19 vaccination record, which was no mean feat to achieve in 18 months, but we did it. While it was the product of cumulative effort, it was led by PM Modi, resonating with his sense of determination to achieve the unachievable and his unflinching faith in his people.
Other significant mass movements envisioned by PM Modi during the pandemic — when he urged citizens to respect curfews, applaud health care workers and light diyas (earthen lamps) to appreciate those fighting at the forefront — also manifested into tremendous positive responses. Despite the government not setting mandates for citizens to get vaccinated, the people showed promise in choosing the better out of the alternatives they had. Similarly, those who could afford to, chose to let go of their subsidies for LPG and railway subsidies on tickets when no actual subsidies were removed, thus practising to “give it up” when they were asked to.

Mann Ki Baat, a major success that has been termed widely (and rightfully so) as a social revolution, also finds its base in Jan Bhagidari. Every episode is a curation of a monthly reminder of PM Modi’s unshaken faith in the transformative power of individuals.

A remarkable mass movement “Vocal for Local” — a clarion call for promoting indigenous trade and encouraging local businesses to flourish — has gone a long way in creating awareness among the people and boosting entrepreneurship. Today, this mass movement has empowered numerous small businesses, helped sustain start-ups in remote parts of the country and assisted in reviving traditional crafts. A unique phenomenon that is part of the mission for Aatmanirbharta (self-reliance) in toy manufacturing is PM Modi’s call to get “vocal about local toys”.

“I want to salute the little children between 5 and 7 years of age. The nation’s consciousness has been awakened. I have heard from countless families that 5–7-year-old children tell their parents that they do not want to play with foreign toys. When a 5-year-old child makes such a resolution, it reflects the spirit of self-reliant India in him” — PM Modi, Independence Day, 2022.

Since 2020, PM Modi has urged start-ups to help achieve the feat of becoming a global toy hub and aid in setting up toy clusters in the country. Cut to 2022, more toy clusters have come up in the country, events such as Toycathon to crowdsource innovative ideas for developing toys based on Indian culture and ethos have gained momentum, and toys to be certified by the Bureau of Indian Standards has become mandatory for all manufacturers, thus eliminating many Chinese competitors. All such measures have culminated in Indian toy exports reaching unfathomable heights and are proof of what a determined nation can do.

“Democracy is not only giving a contract to one government for five years. In reality it is Jan Bhagidari” — PM Modi

The unshakable faith PM Modi has shown consistently in citizens has yielded unimaginable positive results repeatedly. When policies reach the last mile, then democracy is deemed truly successful. Thus, the essence of PM Modi’s clarion call remains: Participation of all leads to the prosperity of all.

(The writer is the National President of Bharatiya Janata Party)