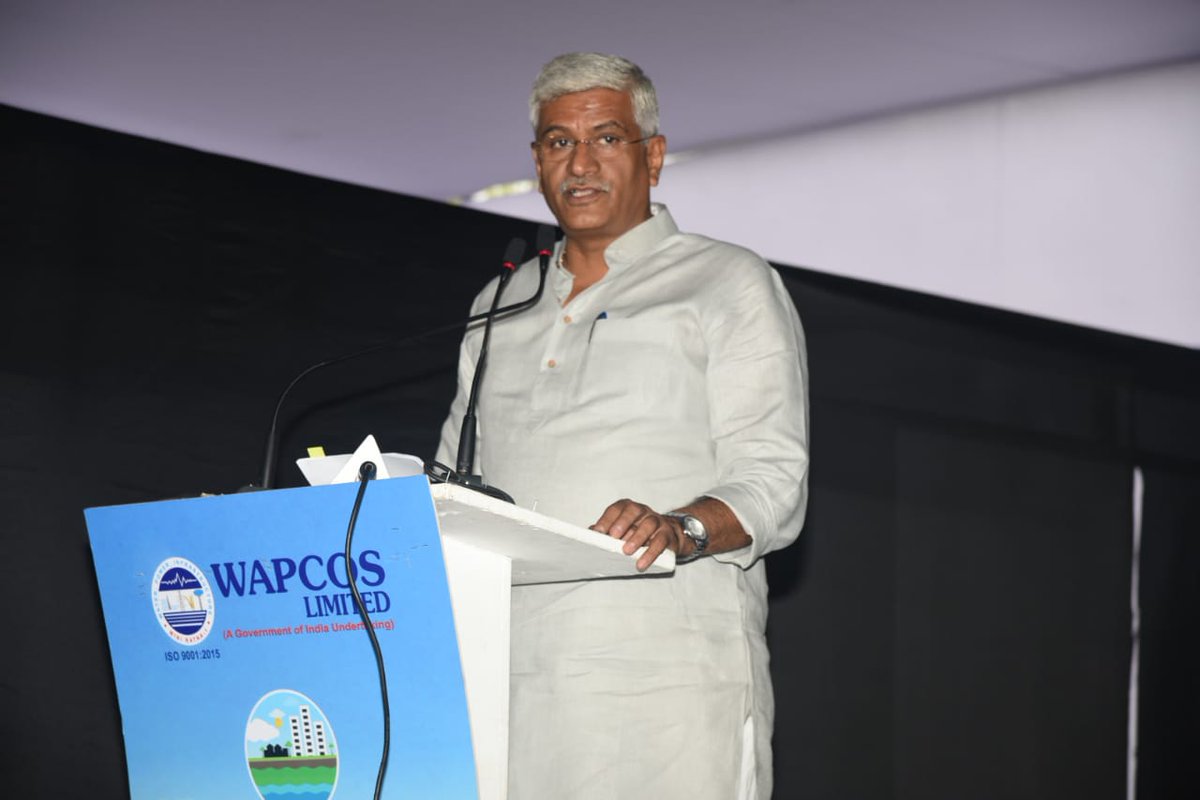 Union Minister for Jal Shakti Shri Gajendra Singh Shekhawat today said that India is one of the most vulnerable country in terms of water availability and population explosion has added more to the problem. Speaking at the Pre-Golden Jubilee Celebrations at ChhathGhat, ITO, New Delhi, he said that every drop of water should be saved and conserved and all should make a combined effort for judicious use of water on a continuous mode.

Shri Shekhawat said that India had achieved the distinction of a food exporting country from being a food deficient nation, but scarcity of water in near future can worsen the situation and hence there is need for revival of traditional water bodies and more vigorous effort should be made for water conservation.

Complimenting WAPCOS, Shri Shekhawat said that that the organization had not only taken path breaking developmental activities, but also came forward in a big way to take up challenging social issues. He said, from conceptualization to completion is the motto of WAPCOS.

Minister of State for Jal Shakti Shri Rattan Lal Kataria said that like Swachh Bharat Mission launched on 2ndOctober 2014, which became a people’s movement, piped water scheme will also achieve the same success as Prime Minister is fully committed to achieve this goal.

Speaking on the occasion, CMD, WAPCOS, Shri R.K.Gupta said that WAPOCOS is a leading technology driven consultancy and EPC organization with strong global presence in the fields of water, Power and Infrastructure Sectors. WAPCOS has successfully completed/on-going consultancy assignments in countries covering Asia, Africa, Middle East, South America and Pacific Island and is operating in more than 47 Countries, at present.

Later on, the Union Ministers and Secretary, Shri U.P.Singh were joined by hundreds of volunteers, NGO members, common men and employees of WAPCOS in cleaning four Ghats-ChhathGhat,ShyamGhat, QudeisaGhat and YamneshwarGhat at Yamuna bed and plantation of trees to match the motto of WAPCOS- “Our River, Our Future” and “Plant Tree, save life”.