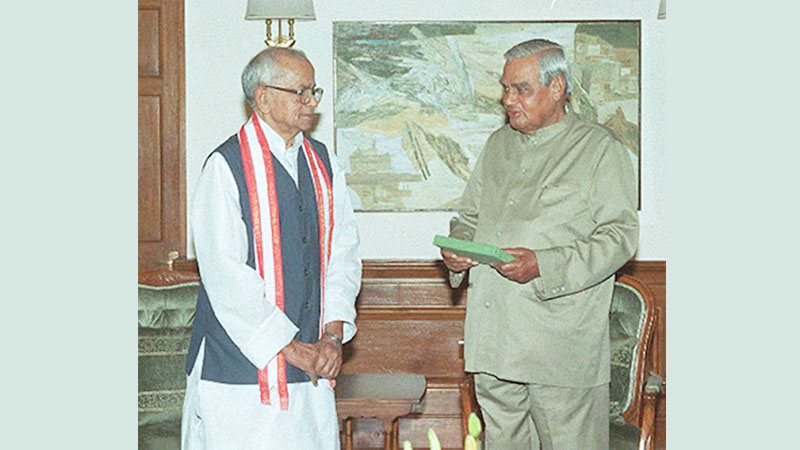 Shri Kailashpati Mishra was a prominent social worker and an eminent political leader. He was one of the founding leaders of Jana Sangh, and later Bharatiya Janata Party. He was also Finance Minister of Bihar during 1977-78. Also, he served as Governor of Gujarat from May 2003 to July 2004, and for a short duration he was caretaker Governor of Rajasthan.

Born in Dudharchak village in Buxar, Bihar on 05 October, 1923 as a son of Pt. Hazari Mishra, he was popularly called the ‘Bhishmapitamah’ of Bihar BJP. In the political circle people also called Shri Kailashpati Mishra as ‘Rajniti ke Ajatshatru’. Shri Kailashji always maintained a cordial relation even with the leaders of other political parties.

He was associated with the Rashtriya Swayamsevak Sangh (RSS) from 1944 onwards shouldering various responsibilities in the organisation. He took part in the Quit India Movement in 1942 and was arrested in the course of the movement. He was appointed General Secretary (Organisation) of Bihar Jana Sangh in 1959. He became Bihar BJP President in 1980. Later, he held responsibilities of BJP National Secretary and National Vice-president. Shri Mishra was elected MLA from Bikram legislative constituency in 1977 and was appointed Bihar’s Finance Minister in 1977-78 when the Janata Party government led By Shri Karpoori Thakur was formed in the state. 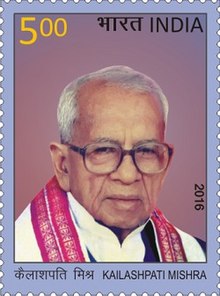 He wrote two books- ‘Path Ka Sansmaran’ (Autobiography) and ‘Chetna Ke Swar’ (Kavya Sangrah). Shri Kailashpati Mishra was a firm believer in Sangh Sanskars. In his article, named ‘Praarambhik Jeevan’, Shri Kailashpati had said ‘If the karma continues with a strict devotion to life and inspired by the Sangh Sanskars, then there will never be any inferiority in the mind of a worker, he will not even suffer the pain of failure but you will have to give up your ego.’ Shri Mishra left for heavenly abode on 03 November, 2012 at the age of 89, in Patna, Bihar.

• Shri Mishra served as finance minister in the government of Karpoori Thakur in Bihar in 1977.

• While studying in class X, Shri Mishra was arrested for picketing the main gate of his school at Buxar in support of 1942 Quit India Movement.