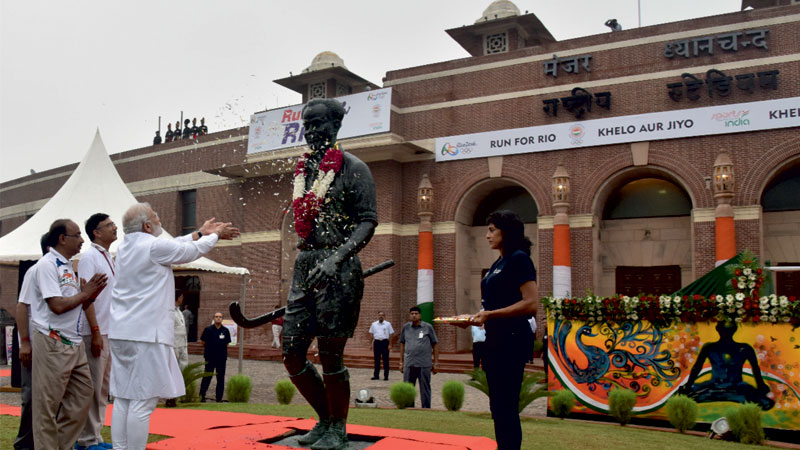 Prime Minister Shri Narendra Modi on August 6 announced that the Rajiv Gandhi Khel Ratna award will now be known as the Major Dhyan Chand Khel Ratna Award, “respecting the sentiments of citizens across the country”. The Khel Ratna award is the highest sporting honour in the nation.

The Khel Ratna award was instituted in 1991-1992 and the first recepient was Chess legend Viswanathan Anand. Among the other winners were Leander Paes, Sachin Tendulkar, Dhanraj Pillay, Pullela Gopichand, Abhinav Bindra, Anju Bobby George, Mary Kom and Rani Rampal in 2020.

Known as The Wizard, Major Dhyan Chand, a field hockey player, played international hockey from 1926 to 1949, scoring over 400 goals in his career. Major Dhyan Chand, born in Allahabad, was a part of the Olympic team that won gold medals in 1928, 1932 and 1936.