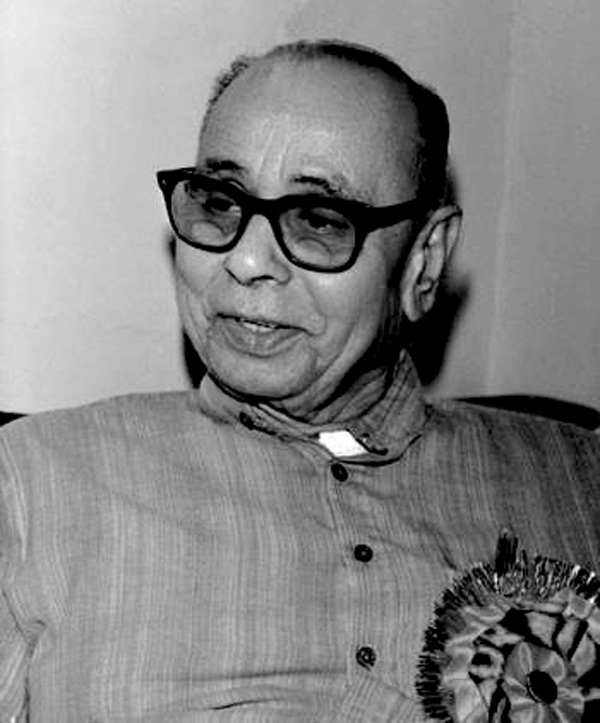 hri Kushabhau Thakre was born on August 15, 1922 in Dhar, Madhya Pradesh to parents Dr. Sundar Rao Shripati Rao Thakre and Smt. Shanta Bai Sundar Rao Thakre. He was educated at Dhar and Gwalior. In 1942 he was inducted as a Pracharak in the Rashtriya Swayamsevak Sangh then moved to the Ratlam Division (Ratlam,Ujjain, Mandsaur, Jhabua, Chittaur,Kota, Bundi, Jhalawad,Banswada(Raj.), Dahod (Gujarat)). Shri Kushabhu Thakre remains a guiding light to thousands of karyakartas of BJP who were inspired by him to dedicate themselves to nation building process. He is remembered as true karyakarta who held high offices in the party but always remained connected to the ground and committed to ideology and organization.

RSS & Jana Sangh: Shri. Kushabhau Thakre was associated with the RSS since 1942. He became Pracharak in 1942 at Neemunch (M.P.) and then moved to the Ratlam Division(Ratlam, Ujjain, Mandsaur, Jhabua, Chittaur, Kota, Bundi, Jhalawad, Banswada(Raj.), Dahod (Gujarat)).

A glimpse of his journey through the years in the Bharatiya Jana Sangh:

1979 : Elected to Lok Sabha in a byeelection from Khandwa in Madhya Pradesh.

1980 : Was appointed All India Secretary of the Bharatiya Janata Party and in-charge of Gujarat, Orissa and Madhya Pradesh. Remained on this post upto 1984.