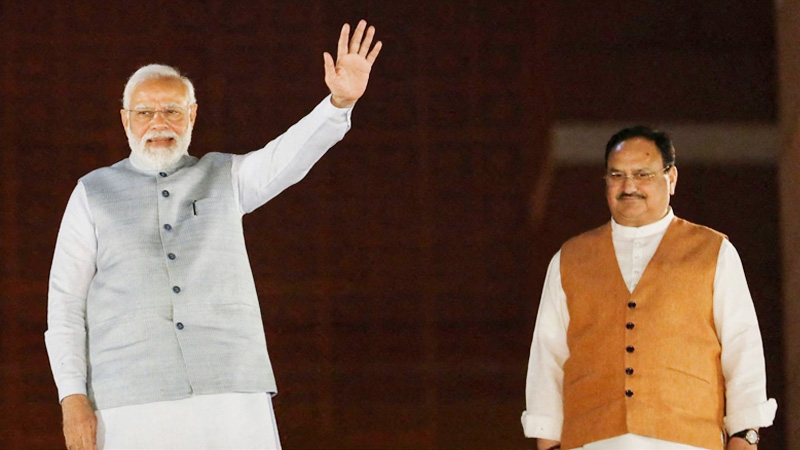 On the concluding day of ‘Samajik Nyay Pakhwada’ on 20 April 2022, the Bharatiya Janata Yuva Morcha conducted nation-wide programmes of honouring the freedom fighters. Under the leadership of BJYM National President Shri Tejasvi Surya, all the state units of BJYM felicitated freedom fighters and ex-servicemen at places having special relevance in the freedom struggle of India. This programme was organized in all districts across India.

Swachta Abhiyan was also organized at these locations. To connect with new young people and to make them aware of the message of ‘Azadi Ka Amrit Mahotsav’, cultural programmes including patriotic songs and dances at these locations were also organized. These were also organized in all districts throughout India.
A large number of youths including BJYM karyakartas actively participated in these events and paid tribute to all the freedom fighters and remembered their invaluable sacrifice for our motherland.

Speaking to the Youth the National President of Bharatiya Janata Party Shri JP Nadda has highlighted on the pragmatic shift in Indian politics in past eight years for the pragmatic vision and revolutionary steps of PM Shri Narendra Modi. He emphasized on empowering every Indian by following the motto of “Sabka Saath, Sabka Vikaas, Sabka Vishwas, Sabka Prayaas”.

He added that youth should recognize prevalent socio-political situations in historical context. He also mentioned that there’s a shift from vote bank and caste-based politics to development based politics. Shri Nadda said that the youth of India wants opportunities not obstacles, development not divisions; therefore we all should come together to defeat poverty and take India to new heights of success and make an India of our dreams on 100th Independence Day.

BJYM President Shri Tejasvi Surya paid tributes to the freedom fighters at Kakori Smarak, Uttar Pradesh and addressed a public gathering there. He urged youth of this nation to lead the drive of restoring the glory of our forgotten heroes, draw inspirations & strengthen the idea of cultural nationalism. He also mentioned that the time of youth has arrived and therefore it is our collective responsibility to render ourselves for a prosperous and ‘Swarnim Bharat’.